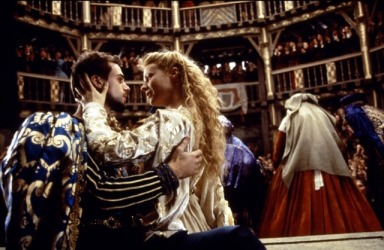 William Shakespeare is out of ideas to write anymore plays when a woman is about to come into his life and change it all, helping him to write one of his most famous plays. While I do quite enjoy this film I do find it crazy that it won the Best Picture Oscar, although I think everyone seems to feel that way. Even if it does have a very good love story.

Quite amused I have placed this after Shakespeare in Love considering it is based on the same story in Twelfth Night. I think this one is very underrated and such a great way to bring Shakespeare in an up to date setting, especially considering football (soccer) is totally my sport as well I was always going to be a fan of this one. A few different romances going on and certainly crossed wires at times.

Everyone knows all about the two cowboys in a controversial story, as they end up falling for each other with moments of passion as they are working on a mountain during the winter. The relationship lasts over many years as they keep coming back to one another over the course of time never really being able to end it, but not actually taking it properly further due to what people may think. It is a tricky tale as they both marry and have children. “I wish I knew how to quit you” “Sometimes I miss you so much I can hardly stand it”

After Jerry Maguire is outspoken and loses his job he decides to start up his own company attempting to keep some of his sports clients. The only person to join him is single mother Dorothy, the pair fall in love and try to balance that with keeping the business a float. “You complete me”

The third and final part of the Before trilogy again nine years later as the couple reminisce about the life they ended up having together and in all honesty it truly rips your heart out in the end as they show the strain marriage and being together with someone for years can have on a person. The romance and passion between them is still very clear but it also has more arguments than ever before.

Theresa a journalist finds a love letter in a bottle which is anonymous and is then published in the paper. She manages to track down the author of the letter Garret, she falls madly in love with him but has not told him the real reason they have ended up in contact. The problem is that she has more of his letters and he cannot cope with the dishonesty. As this is a Nicholas Sparks based film we know something tragic is going to happen.

A truly fantastic tale of how a man can really fall in love with someone he isn’t supposed to. The film has an incredible scene of them proving that a woman can get more attention than a man, by showing part of her leg surely that must have been extremely shocking in 1934 but a very brilliant romance!

A tricky love triangle as Julianne eventually admits she is madly in love with her best friend Michael. The problem on why they won’t be together? Well she realises this as he announces he is marrying Kimmy, in a few days time. She sets out to destroy the wedding but that is going to be much harder than she first thought after meeting the bride to be. It has some twists and turns but in the end show that if you love someone you have to say it in the moment or it will just pass you by. 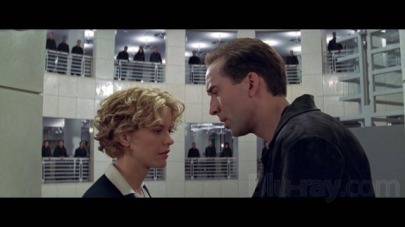 Seth is an angel who is invisible to humans but when he sees Maggie (a heart surgeon) he decides that he must experience being human and giving up his immortality so they can be together. With all that straight away you just know it is not going to have a happy ending and it is certainly an incredible romance but very heartbreaking in the end.

Celebrated singleton Bridget Jones is just about to accept the fact that she is going to be alone forever when two men end up being in her life. Family friend and all round nice guy Mark Darcy. Sleazy womanising boss Daniel Cleaver. Cleaver tells a lot of lies and Bridget very easily falls for it all not realising that Darcy is the perfect gentleman and man to actually be with. Plenty of hilarious moments later and a diary, we eventually get to see Bridget winning her dream man.