Lazlo Almasy is a badly burnt man and being cared for by a nurse near the end of World War II and he is telling the story of his past which heavily involves his love affair with Katharine a married woman. It is an incredibly intense love story which has so many amazing moments that really do make you take a deep breath. Ralph Fiennes really is something else in this type of role, please don’t let the long running time for this film put you off, it is massively worth it.

“How can you ever smile, as if your life hadn’t capsized?”

He was such an intense lover and man not wanting to take no for an answer from her. He did not take it very well at times when she was with her husband, the jealously would drive him mad. It all made it even better, obviously a tragic ending.

Oh yes I love the tragic stories and this one is certainly right up there as a pretty awful romance. Well the romance and love part is truly incredible but the moment that could have resulted in a happy ending is one of the worst ever. No matter how many times I watch Francesca still will not get out of that damn van like seriously her hand was on the handle and Robert was standing in the rain waiting like this . . .

Streep and Eastwood really deserve a lot of credit for the chemistry in this film as it really does rely on it in the build up to the sad ending. The film is done by her children reading about the love affair and having no idea about it at all. What would you do if you found your soul mate but were already with someone else? That is something we can certainly take from this film. Can you actually just leave everything to be with that other person. If you have never watched this film please stop whatever you are doing and watch it right now.

“This kind of certainty comes but just once in a lifetime”

I must apologise to the regular readers of this blog yes more about Casablanca but it is one of my favourite films ever. It has a truly incredible romance and love story, yet all so tragic at the same time. But for a great romance do you really have to end up together in the end or is that ok to just have however much amount of time you manage? I certainly think we can debate both of those options. Like any good love affair a song is involved and this one is no different with the truly memorable ‘As Time Goes By’ which Sam played for her.

“Kiss me. Kiss me as if it were the last time”

Rick and Isla really did look like they were going to get back together and leave Casablanca. She really had no idea that he was going to push her away with Victor her husband, another film you wish the ending would change! Although we would be then robbed of some fantastic lines! 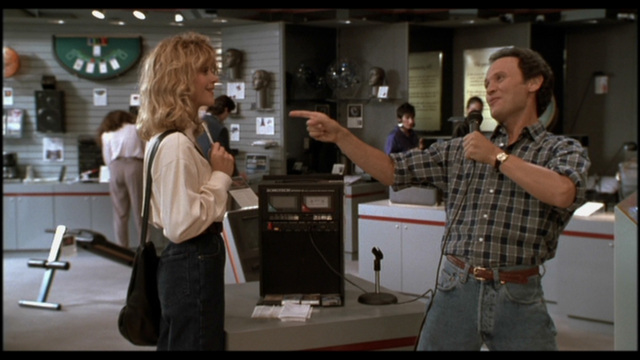 Harry and Sally’s relationship spans over many years and they didn’t even like each other to begin with. Having opposing ideas on love and romance (and they mention Casablanca loads) but they keep coming across each other as the years move on, the good thing is as they grow up they then grow closer together. Eventually becoming very good friends who can talk to each other about everything. One thing is obviously going to change all of that, when they eventually have sex. That was not a bad thing in the end but it certainly wasn’t something they dealt with very well. The thing is though you really are rooting for them to be together as they just work out so perfectly.

I don’t think it can get much more romantic than that speech when it eventually happens and they are together. The chemistry between Ryan and Crystal is incredible and I really don’t think he has ever been as charming as he is in this film. Let’s not brush over the fake orgasm scene as I am sure that still haunts men a lot!

Oh yes I have gone for it and named this one as my favourite ever romantic film, I will admit that the top places were very difficult to organise and work out. Terry and Nickie meet on a cruise returning to New York from Europe. She tries her best to stay out of his way he has a reputation with women of course and she doesn’t want to get swept into all of that. However, Nickie is just too charming and they really do fall in love with each other. The thing is though this time is very different for Nickie who is due to marry.

“Winter must be cold for those with no warm memories… we’ve already missed the spring!”

They try to keep everything secret on the boat but that turns out to be rather difficult as gossip begins. They however agree to meet on a set date at the top of the Empire State Building (hence by obsession with this) without any communication before then to marry each other.

Both of them try to act normal when returning to their current partners but that is something that is very hard and they do break the relationships off quickly ready to be together. The problem is that Terry gets into an accident on her way to meet Nickie and therefore does not make it to the top of the building. Months later they eventually see each other again and Nickie is just hurt by it all. When they eventually speak and the truth comes out it is one of the most emotional and upsetting scenes but so romantic at the same time.

“Oh, it’s nobody’s fault but my own! I was looking up… it was the nearest thing to heaven! You were there…”