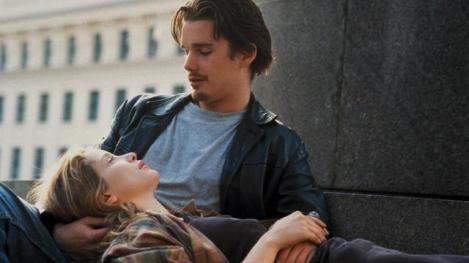 A truly incredible tale of young love when two people meet on a train whilst travelling around Europe. Jesse and Celine spend the whole night wandering around getting to know each other, talking about love and what they plan on doing with their lives. It really is a truly fantastic film to watch and you wish you could experience at least one night in your life exactly like this one. 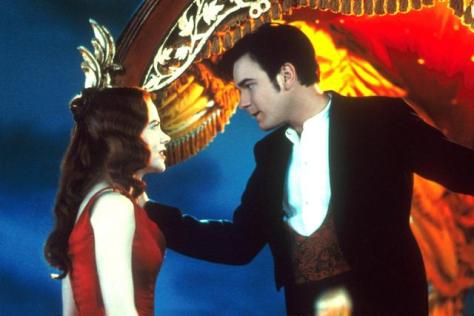 Christian has not long moved to Paris and he quickly becomes involved in the bohemian movement and gets himself a writing job in none other than the Moulin Rouge where he quickly falls in love with Satine. Unfortunately though it was never going to be simple and straight forward for the lovers as they must hide the relationship from the Duke. This becomes intertwined with the show they are putting on and gives us an incredible song that they share ‘Come What May’ which makes it even more romantic.

I really do have such a soft spot for this film and I think it shows the amazing chemistry Hanks and Ryan share on screen. It was also very in to use the internet in the film for probably one of the first times. Just showing that you never really know who you are talking to especially for Joe and Kathleen. Considering they are competing with one another after Fox books opens a megastore and going to put her small book store out of business. I just seems to be one of those films that I enjoy more with each viewing.

What is left to say about The Notebook that hasn’t already been said? Well Noah and Allie certainly have one of the best relationships going. A teenage love affair that results in a first time at a lot of different things. But an attempt to protect Allie from her parents as they cut the summer short. He wrote her a letter a day for a year, I mean how truly romantic is that! It’s not until years later when they are reunited when he eventually builds up the house. Allie is actually engaged but being with Noah again has her doubting everything. This story is being told by an old man to an old woman, that is what really reminds us of the great romance and love story. Guaranteed you will be crying at the end.

This film certainly struck me at the core and I really thought it was fantastic. Pat and Tiffany meet through mutual friends and begin helping each other with different things. Pat mainly sees her as a chance to reconnect with his wife, but in the process they really start to fall for one another and letting the other person in even if they won’t admit it. Both have had mental problems recently which I think helps them connect on the different levels.

“The only way you can beat my crazy was by doing something crazy yourself. Thank you. I love you. I knew it the minute I met you. I’m sorry it took so long for me to catch up. I just got stuck”

The chemistry between Cooper and Lawrence really is at its very best in this film and she well and truly deserved her Oscar for the role!