Bodyguard managed to grip the entire nation during its six episode run on BBC One, that is certainly something to be proud of having people tune in each week in the world of binge watching and wanting a whole series in one go. Bodyguard managed to pull everyone in each Sunday night, I was actually going to let the whole series record until people started talking about this exciting series, so I decided I had to catch up and make sure it didn’t get spoilt.

From Jed Mercurio who wrote Line of Duty is very well thought of and what he managed to do with Bodyguard really was truly gripping. Each episode gave us something to hold our breath at, the first episode taking place nearly all on the train was outstanding and so tense. That was the perfect way to introduce viewers to David Budd and put everyone firmly in his corner for the events which would follow the train incident.

I am not going to spoil any of the episodes throughout this review as you really do need to watch it all to get the full feel for what the series manages to achieve. You doubt everyone and everything, no one is safe. Trying to work out the good guys from the bad guys certainly is a difficult task. Throwing Budd’s family into the mix certainly makes some scenes even more dramatic, his estranged wife (soon be to be ex) and trying to help raise their two children. This also gives opportunities for them to be used to get to him. Not everyone was happy with him stopping a terror attempt on the train, but those attempts will not stop at that, which makes the series so exciting and well a little bit scary. 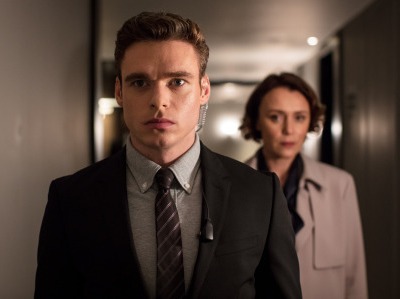 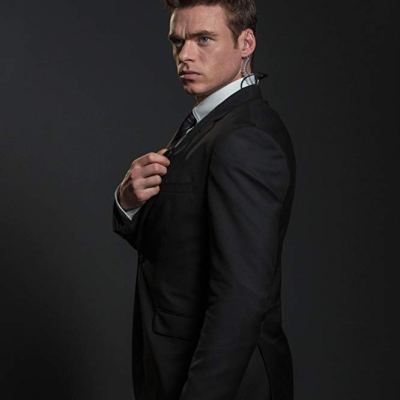 That was something I struggled to work out to be brutally honest. Although that probably changed when it did for Budd and how he was towards her. I did feel a lot of moments were predictable and easy to work out, but that cannot be said for the ending. Don’t trust anyone remember and it could work out in so many different ways. My theory was totally wrong and in all honesty that perfectly fine with the way they went!

David struggling with post dramatic stress disorder after his time in the army, but will not admit that he needs help. Surely this series really does help to raise awareness of that and how coming out of the army is not an easy thing for people.

Richard Madden was outstanding as David Budd and really does lead everything in such a dramatic and engaging manner, the King of the North showing he was plenty more in his locker! Pulling off the very serious moments and mixing well with emotional side to the character, not forgetting the parts with his children. I also really enjoyed Gina McKee and that she kept her northern accent! Usually in things like this we don’t get to hear anything with a Geordie accent, so that was a small bonus for myself.

Because of the hype and love towards this, we will be getting a second series so it will be interesting to see where they can retake it next, as surely it would just be more of the same?