Owen and his family must use a magical box of Animal Crackers to stop his evil uncle Horatio P. Huntington from taking over the run-down circus that means so much to them.

END_OF_DOCUMENT_TOKEN_TO_BE_REPLACED

Mulan to save her father from death in the army secretly goes in his place pretending to be a man and becomes one of China’s greatest heroines.

END_OF_DOCUMENT_TOKEN_TO_BE_REPLACED 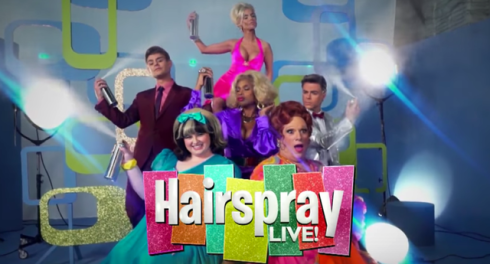 It’s been a pretty big year for the live musicals being shown in America and they eventually somehow manage to make their way to the UK. Grease Live appeared on Netflix but Hairspray Live was actually broadcast on ITV4 so a perfect opportunity to record and then be able to catch up with. In the UK we have had our own when they did a production of The Sound of Music last year. Something does feel quite strange about them when they are done kinda half like a film and half like an actual stage show. It must be a very strange experience to be part of.

END_OF_DOCUMENT_TOKEN_TO_BE_REPLACED

This has to be one of my favorite and most watched films ever. Just because I used to watch it so much when I was little when it first came out and still love watching it now. It still manages to make me smile and laugh, even though I do know all of the words and even tone in which the words are said. Yes that has to help describe my love for this film. I am always shocked to hear if someone has not seen this film as I always just assume that everyone has.

END_OF_DOCUMENT_TOKEN_TO_BE_REPLACED

So I am currently sitting watching the Tony Awards, and yes I do realise that this is a movie blog. But so many actors and even shows/plays cross over to the movie genre. I attended the Tony Awards in 2008 and cannot believe that a year has now gone by since I was sitting in the audience myself.

The tribute to the performers who died in the last year has just been on, pictures of the actors who were nominated or won Tony Awards, accompanied by people singing “What I Did For Love” from “A Chorus Line” really broke my heart. I adore that song and some really big named actors have died in the past year. The three that really stick in my head are Paul Newman, Bea Arthur and Estelle Getty. While all of the people were applauded, I could hear a lot of cheers for Bea, she really was loved by the Broadway crowd.

I missed the start of the show which I was so disappointed about! Like the first 10 minutes, so basically the opening number. I turned it on in time to see Liza Minnelli on the stage, which made me smile. I was not too impressed with Shrek in musical form, I don’t no it just did not make me want to go and see it right now. I was however very, very happy when Angela Lansbury won yet another Tony Award. She really is just Mrs. Tony !!! I would not want to be nominated against her, haha.

Frank Langella has just been on presenting and very much amused me, kinda complaning in jest that he was not nominated for the play that he was in, and that award seasons bring out the best in him. He also joked about having an Oscar speech in his pocket still. Yes I am easily amused but he really was fantastic in Frost/Nixon.

Susan Sarandon was also on earlier and looking very good may I add. I cannot believe that this women is in her 60s now and still looking so fantastic, she is in such great shape. She has such a distinctive voice which I also love. Yes I do realise that I have just gone all fangirlish for Susan.

Billy Elliott perfromance was just fantastic, Elton John was on the stage to introduce it too which made it even better in my opinion. It was nice to see a different part of it, and not “Electricity” which was always on UK shows when it first hit the West End. Although my favorite song from this show is “Deep into the Ground”. Very good dancing in this part, it has to win best musical!!!

I actually loved the Legally Blonde performance, it just looks like it would be a really fun show. Just like the movie is really fun too. Harvey Fierstein then came on to present and OMG his voice is just so incredible. He has won 4 tony awards, but I knew him first in Mrs Doubtfire, love it.

Nice to see Angela Lansbury back on the stage to present the life time achievement award good times. I think she is just fabulous, still going strong at her age is incredible. OMG YAY a clip from La Cage aux Folles . . . “I Am What I Am . . . ”  with George Hearn talking YAY I totally love him. Ok so the La Cage aux Folles now makes sense as it was for the writer or creator of that show. Whos name I cannot remember.

Anne Hathaway is there too, as she is going to be in Twelfth Night. She was introducing the performance from “Hair”. Hmmm I am not really too sure about Hair either, its not something I would rush out to see. Although it was amusing to see the cast jumping around the audience on some A List celebrities, haha.

Kristin Chenowith is a favorite with the Tony’s. She presented the best musical revival which went to Hair. I enjoyed the clip of Stockard Channing. What would a Tony Awards be without David Hyde Pierce ?!?!?! who was introduced by coming out for the second time tonight, hahahahaha.

YAY Billy Elliott won best actor(s) for all three of the Billy’s. Fantastic! Its Tony history as well, for 3 actors to be winning the Tony Award. Awwww they were all so cute as well, so shocked and overwhelmed and one of them was almost crying. They really had no idea what to say.

Liza is also Mrs.Tony she is presenting the best musical award for the second year in a row . . . possibly even more times than that ?!?! I am guessing anyway. YAY of course Billy Elliott just had to win it, its incredible and from my neck of the woods in the North East England. LOVE IT LOVE IT. Geordie accents all round, haha. The kids just totally loved it.