It’s show time! The curtain is set to rise on this year’s panto at The Customs House this week and rehearsals are in full swing.

More than 25,000 tickets have already been snapped up for Snow White, which is looking to break the audience record set last year by Beauty and the Beast, which was seen by more than 29,000 people. 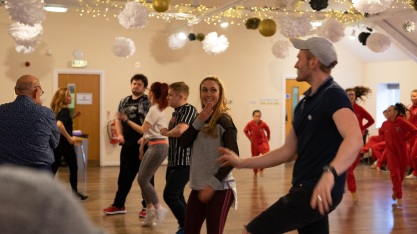 And while the finishing touches are being put to this year’s production, next year’s panto has also been announced. Tickets for Rapunzel go on sale on Thursday, November 28 – the date The Customs House officially celebrates its 25th anniversary.

Snow White was the first panto to be performed at The Customs House when it opened in 1994 and is being brought back for the first time as part of the anniversary celebrations.

END_OF_DOCUMENT_TOKEN_TO_BE_REPLACED

Many years ago now I remember seeing The Lambton Worm pantomime at The Customs House in South Shields and how different it was talking on a folk song from Sunderland and transforming it into a very unique Pantomime. When they announced doing it again this year due to it being the 150th anniversary for the song, I just knew I had to go and see this show!