No Time To Die was originally meant to be released in April 2020 and was the first big film to announce it was pushing back to November 2020 but as things went on and we had the cinemas closed for months and then an attempt at reopening in the July 2020 didn’t fully go to plan for all chains with Cineworld quickly closing once again and rumours surrounding if they would ever actually be able to reopen.

Odeon made a longer attempt to stay open but considering no new releases and people being somewhat scared to actually attend the cinema they had to close again as well, it was actually very sad times wondering if Cinema would survive the pandemic. With some companies releasing films straight to streaming services and charging cinema prices to rent and watch at home it was a worrying time for those of us who love nothing more than attending the cinema.

END_OF_DOCUMENT_TOKEN_TO_BE_REPLACED

That’s right I have tried to find different opening Cinema themes or videos that they use prior to the film starting in our favourite places. With a few people going more to Cineworld or Odeon, that must have something to do with the monthly passes right? But I have tried to include as many UK cinemas as possible. Please watch this before our 8pm start for the films each week #FridayFakeCinemaClub

In Chicago in 1968 a protest occurred during the Democratic National Convention and we see the story behind the charges and the seven men who were accused of starting the riots.

END_OF_DOCUMENT_TOKEN_TO_BE_REPLACED

When Laura begins to suspect that her husband Dean is having an affair getting her playboy father Felix involved was going to make it into a very strange and wild adventure.

END_OF_DOCUMENT_TOKEN_TO_BE_REPLACED

Lockdown and the Coronavirus/Covid-19 pandemic has brought many challenges for everyone, along with so many issues. Personally for me the cinema being closed has been one of the toughest adjustments, while many people may not actually understand this and see the cinema as somewhat of a luxury and somewhere they only go every so often, maybe even every couple of months to see the latest big blockbuster films. That is not the case for myself, I go two/three times a week and sometimes even more depending on what is being released. Managing to balance this in with work and occasionally being able to have a double feature with two films straight in a row. 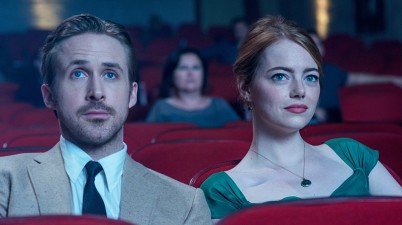 END_OF_DOCUMENT_TOKEN_TO_BE_REPLACED

Frank Sheeran is recalling his past as a mob hitman and how he could be involved in the slaying of Jimmy Hoffa. Learning to kill while serving in Italy during the Second World War. His connections with the Bufalino family in particular Russell would shape his life.

END_OF_DOCUMENT_TOKEN_TO_BE_REPLACED

Violet is a shy teenager who dreams of being a singer and this has never really happened to anyone from the Isle of Wight before as she is chasing the dream to get to London via talent show Teen Spirit. Going from the local competition to more National it will test her resilience and push her to the limits.