Rocky Balboa has been long retired and trying to cope without his wife Adrian who had passed away, while balancing a restaurant and his strained relationship with his son Robert. A virtual boxing match which sees Rocky defeat current champion Mason Dixon, leads to a challenge and a return to the ring for the Italian Stallion.

END_OF_DOCUMENT_TOKEN_TO_BE_REPLACED

Yesterday I ran my fastest ever marathon in 4 hours and 4 minutes so felt as though todays Musical Moments had to be one of the songs I find most inspirational from my running playlist. Obviously Rocky IV is truly incredible as well!

Henry “Razor” Sharp and Billy “The Kid” McDonnen were big boxing rivals and come out of retirement to fight each other one final time, thirty years after their last match!

END_OF_DOCUMENT_TOKEN_TO_BE_REPLACED

The story of boxer Roberto Duran who made his professional debut at the age of 16 and retired from boxing at the age of 50. A look into his life and that of legendary trainer Ray Arcel.

END_OF_DOCUMENT_TOKEN_TO_BE_REPLACED

Adonis Creed is the reigning Heavyweight champion with Rocky Balboa in his corner, everything is about to change though when Viktor Drago son of Ivan emerges challenging Creed, pushing emotions to the limit.

END_OF_DOCUMENT_TOKEN_TO_BE_REPLACED 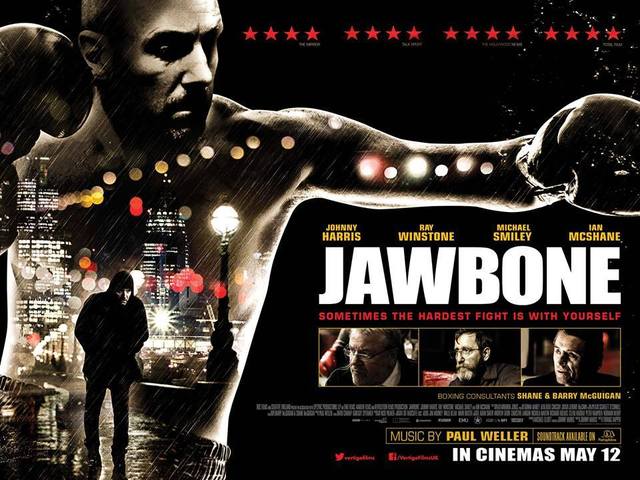 Jimmy McCabe was a youth boxing champion who could really have been something, after well and truly hitting rock bottom he returns to training and the ring in an attempt to turn his life around.

END_OF_DOCUMENT_TOKEN_TO_BE_REPLACED

As you will always already know if you follow my blog I absolutely love Sport in Film. I work in sport and find the film appreciation of that to be something special at times.

I have therefore decided to try and come up with reasons that make a great sports film and then come up with the ultimate film that well pretty much has it all. Which might be easier said than done considering the high calibre of films available.

END_OF_DOCUMENT_TOKEN_TO_BE_REPLACED

Adonis Johnson had a tough start in life as he never met his father who died before he was born. When his mother also died it looked like the end of the road, until his father’s wife decided to take him in. Who was his father? Apollo Creed of course! He wants to be a fighter in his own right and not rely on the name . . .

END_OF_DOCUMENT_TOKEN_TO_BE_REPLACED

Rocky struggles going back to his normal life after his shot a the title, marrying Adrienne and having a baby on the way he is doing all he can to make some money. Apollo Creed is struggling with the hate mail from people saying he didn’t actually win, leading to a re-match.

END_OF_DOCUMENT_TOKEN_TO_BE_REPLACED

If you’re like most movie fans, you probably rolled your eyes when you heard about how a seventh Rocky film was being made. 2006’s Rocky Balboa wasn’t necessarily a bad movie, but that they trotted a 60-year-old Sylvester Stallone back into a boxing ring was like a giant advertisement of the fact that Hollywood is a little too obsessed with sequels. As capable as Stallone remains, the whole thing just seemed weird.

But when details of the seventh film started to trickle out and we really found out what it was, it appeared immediately more reasonable, if perhaps a bit forced. This movie will feature Rocky in a supporting capacity as he becomes the trainer (and probably father figure) to Adonis Johnson, the son of Rocky’s old nemesis-turned-friend Apollo Creed. The trailers have shown Johnson (played by Michael B. Jordan) reenacting a few classic Rocky training scenes (like catching chickens and running the steps in Philadelphia), and frankly it looks like a charming idea.