Written and directed by the incredible Aaron Sorkin is enough to get me interested in a film, I absolutely love his dialogue heavy approach and that is going to be fantastic in courtroom scenes!

Check out the truly incredible cast as well, not long until this film is released on Netflix Friday October 16th 2020!

This is truly fantastic news that Ammonite will be closing the London Film Festival. The first railer for the film was only released yesterday so this is great to know. Kate Winslet and Saoirse Ronan in a film together is certainly going to be very special to watch!

The BFI London Film Festival in partnership with American Express is delighted to announce that this year’s closing film will be the biopic Ammonite, directed by Francis Lee, starring Kate Winslet and Saoirse Ronan and produced by See-Saw Films. The film will receive its UK premiere on Saturday 17 October and will be available to UK audiences at cinemas across UK, who will also enjoy a virtual introduction from Lee and key cast.

END_OF_DOCUMENT_TOKEN_TO_BE_REPLACED

With the DC FanDome taking place online yesterday the first look at Robert Pattinson as Bruce Wayne/Batman in the teaser trailer for The Batman was released. It really does really build the suspense for this film and will hopefully shut up the haters towards Pattinson. We are getting The Riddler and Penguin in this one! 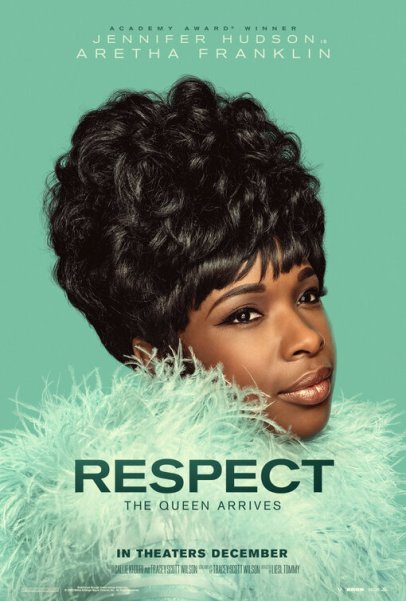 This certainly lives up to it being a teaser trailer and gives you just enough to raise the interest. Early shout for Jennifer Hudson to be Oscar nominated for her portrayal of Aretha Franklin? Yes, I am going there from this trailer! (Maybe even Best Picture nominee as well, Oscars love a biopic!). We also got the first poster! 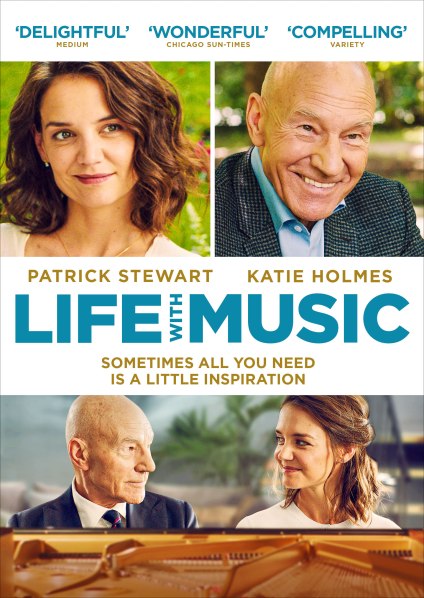 Blue Finch Film Releasing are delighted to announce that Life With Music, starring Sir Patrick Stewart, Katie Holmes and Giancarlo Esposito, will be available on digital download from 27th July.

Henry Field (Patrick Stewart) is an acclaimed concert pianist and one of the great virtuosi of his era. Upon returning to the stage after a prolonged absence, he finds himself suddenly afflicted with a severe case of stage fright. His once effortless play has abruptly turned into a self-conscious struggle of every bar. Old wounds have crept up on the master as he now fights to ward off artistic disaster.

Enter Helen Morrison (Katie Holmes), a music critic with a kindred spirit and a troubled past of her own. Helen believes she might hold the key to Henry’s return to form, but she must first overcome his defences and win his trust. As Henry’s condition starts to improve, the blossoming relationship takes an unexpected turn which could precipitate his downfall. Unless he finally faces his demons and the darker truth lurking beneath the glory of the stage.

Disney+ have decided to give everyone a lovely teaser by releasing a new trailer for the up and coming Hamilton show that will be on from 3rd July. I have seen the show in the West End and looking forward to watching it again. I got more into the music after seeing the show, which I feel often happens as sometimes when you listen to a soundtrack for a musical first you aren’t often sure which characters are singing which parts and don’t get the story.

This is going to be absolutely massive in terms of number of views and will become the most watched thing on Disney+ in record timing!

Wes Anderson has a very distinct and different style when it comes to directing his films and so far I am yet to find out that I like, but I still give them a chance and try my very best to see what everyone else does with them. This really does have a very impressive cast mind!

If anyone would like to offer what I need to to think about with his films, please offer some advice and any I should give a second chance?

After the poster was released yesterday it is followed by this truly wonderful trailer! Seriously this is going to be such an amazing musical film and I will constantly be talking and telling everyone about it because it really is outstanding from Lin-Manuel Miranda.

This is Daniel Craig’s final outing as 007 aka James Bond and by this first trailer it looks rather epic in action film terms, lets just hope that it does not disappoint!

This really does look rather epic and throwing Florence Pugh in with Scarlett Johansson is certainly the best idea. As well as Rachel Weisz and David Harbour, from this teaser trailer it is clear that we are going to get the very best of Marvel in terms of action and humour all mixed together.