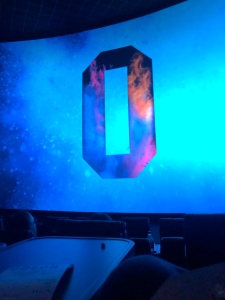 Last night I went to the Odeon Cinema at Silverlink which has recently reopened after the Coronavirus pandemic lockdown. It had been almost 18 weeks since I had the pleasure of sitting in a cinema screen! I usually go to Cineworld as a I have an Unlimited Card with that being my closest cinema. I have been to this Odeon a couple of times now because it is the closest IMAX screen to me.

I couldn’t resist seeing The Dark Knight on the IMAX with it being one of my favourite films and the fact it is one of the films that is being shown again with the start of the reopening process. I know some of the Odeon’s have had the opening dates pushed back but luckily this one did not change.

On arrival one door was open to the side and staff were lined up when you entered, wearing the face covering visors. I had to go and print the ticket out at the touch screen service, wasn’t really expecting this as thought the ticket could be seen on my phone like I usually do at Cineworld and how it worked the last time I came to this cinema. But that didn’t really matter I guess. 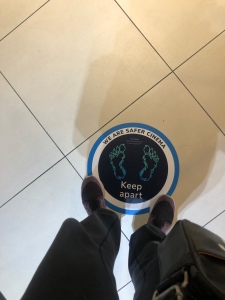 I then decided to get a drink and popcorn combo and the queue to the food had social distancing stickers on the floor with feet from different characters in films (which I felt was a very nice touch). I only took one photo as didn’t want to be that strange person. The cinema wasn’t very busy but everyone was keeping distance from each other which I personally feel should have been a normal thing before Covid-19 in all honesty. The snack area was fully covered and had small windows to place the drinks through and the popcorn was placed at the side. I noticed that the nachos were actually in bags for people to then pour out themselves into the trays to then eat them. 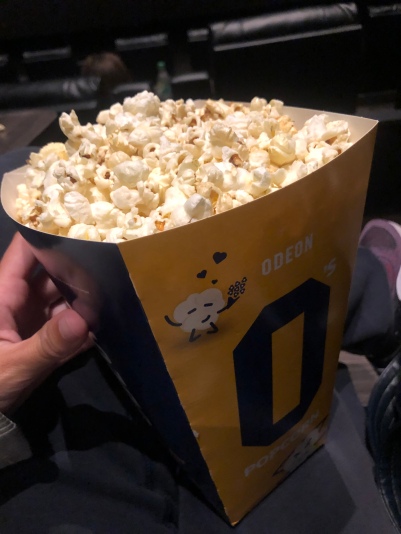 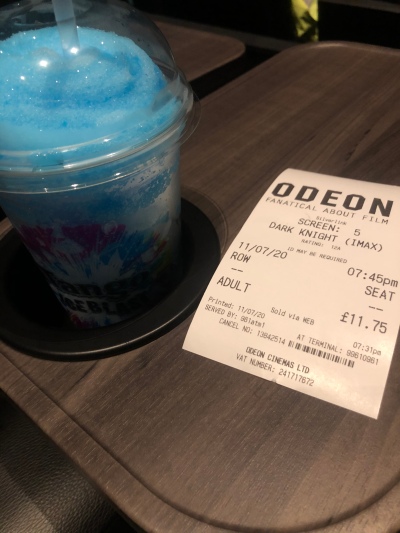 From there I went straight into the screen where my ticket was checked and the safety explained, about if you needed to go to the toilet during the film make sure to keep away from others and at the end of the film you will leave by the fire exits. If you needed to go to the toilet after the film you could still do that but then would have to come back through the screen to leave. This is something that makes sense especially if a few films finished around a similar time as it would mean everyone is back in the foyer at the same time.

I was asked whereabouts I would like to sit and then told my seat and number. A seat space gap was placed on each side of other people in the screen. This wasn’t done behind or in front in this screen but I am thinking that it was with it having the Luxe seats? In normal seats I do believe this process would be slightly different.

Well done to Odeon for coming up with very simple systems and slight changes to how you attend the cinema. I am certainly a big fan of not having to sit right next to someone I don’t know! Sometimes the downside of going to the cinema so much on your own! It will be interesting to read and see how other cinema’s put the systems in place but everything worked out very well and more importantly people were just sensible. Opening with older films before any new big releases is a very important move in my opinion so the staff at the very least get comfortable to how it works and with that as more people attend they will understand the new procedures.

It was truly like heaven to watch a film on the big screen again!