When it was announced by LEGO that a special Friends set would be available it has been something that I have been looking at getting, being the big Friends geek that I am. This eventually happened mainly due to lockdown in all honesty, because that pushed the decision to eventually buy it! Especially when Amazon had it £8 cheaper than the £64.99 retail price and it was unavailable direct from LEGO until the end of June, although now it is just out of stock and hard to find. So it seems I made the correct decision to purchase it.

Now I haven’t really had anything LEGO related since I was a kid and that was more just a box of the different bricks. These sets are outstanding and fully on another level of making and building something. I have to admit that throughout my build I was amazed at the level of detail and how certain parts suddenly made something (mainly thinking about the coffee machine). As it turns out these sets come with a lovely book with easy to follow instructions and the LEGO in different packs numbered, although when I originally went to start building I did panic only being to find half of Gunther as it turned out I had two bags with number one on! This had six different bags all together and each bag added the next layer or level to the coffee shop.

Bag one was Gunther with his fantastic white hair and the base for the bottom of our beloved coffee shop! 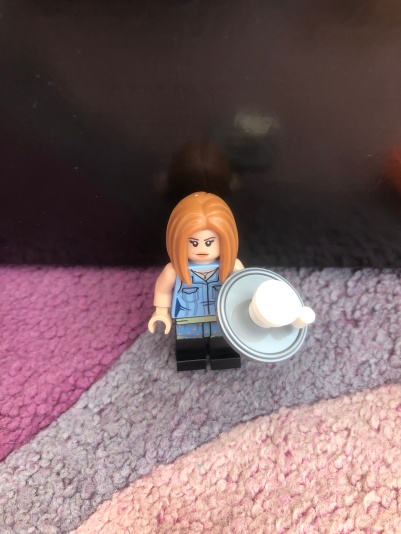 Bag two we have Rachel and back in her waitress days equipped with her tray and standard oversized mug, something Friends really did kick off back in the day! Obviously with the Rachel cut hairdo that was so famous. Look at the detail in that glorious coffee machine, counter and the menu! 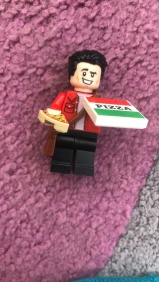 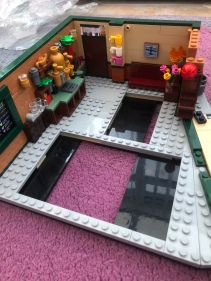 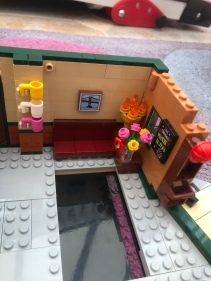 Bag three, how you doin’? That’s right we get Joey and I had to pick his cheesy grin for the face with his lovely man bag, you all remember that episode right? Along with his trusted pizza box and a slice! Something I did notice was that you do get extra of the very small pieces as two pizza slices are available. This continued the build of the wall around adding a picture on the wall as well as more coffee mugs along with flowers. 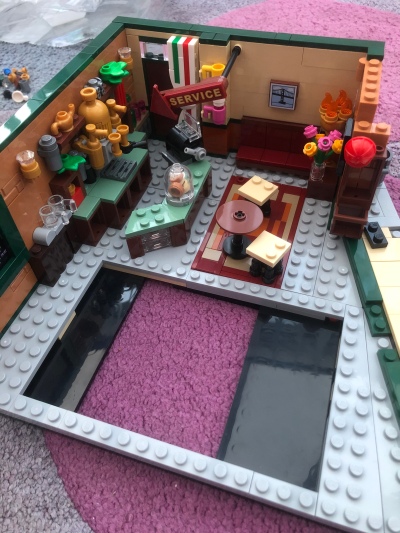 Bag four, could I be anymore excited to get Chandler in this one? Arriving with a briefcase that opens up into a laptop (have I mentioned the amazing detail much?) obviously wearing a sweater vest. For this part the first table and stools go into the middle along with a lovely cake/cookie jar on the counter.

Bag five has two of our Friends characters with Phoebe and her guitar ready for Smelly Cat and Ross. Now his hair looks truly fantastic but I feel for him as he doesn’t come with anything to hold, poor Ross!

Bag six, we finally get Monica with a muffin! Then the finishing touches to the amazing Central Perk. Something I found difficult at this stage was finishing it all, putting the sofa in place but then struggling to fit the LEGO characters on without knocking other pieces over! The level of detail is outstanding and for the full build it took me 4.5 hours, which I throughly enjoyed and found it rather therapeutic at times. 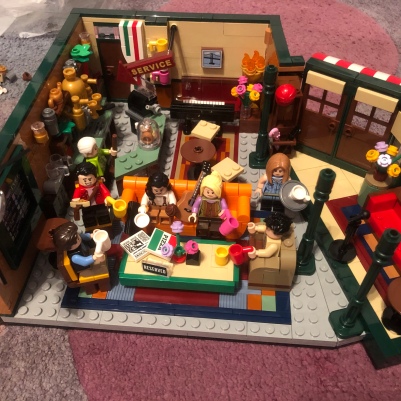 Plenty of different coloured coffee cups to choose from and then place with our favourite characters. Building the different floor pieces which was very much like a rug/carpet was really good to then fit into the different places, one can be seen under the table and sofas as when your building them it doesn’t really look like much but the patterns and colours really do stand out very nicely.

Another amazing piece of Friends memorabilia for me to keep and certainly passed away a few lockdown hours!