This year was certainly some kind of record of watching all the Best Picture nominees before the end of January, I mean even when the nominations were announced I only had Parasite left to see. Hopefully that is a good sign for the future and allowing better UK release dates for the awards buzz films. It can easily get frustrating at times and this year only one film out of the nine was a film I disliked intensely. I adore and love Jojo Rabbit, so much I have set a new cinema viewing record of five for that amazing film. With that I really liked and enjoyed the rest of the films. Which I guess is not bad at all and I feel that this years nominees are a lot stronger than last years! Just incase you haven’t heard about these films enough lets take one final look at them before the Academy Awards take place on Sunday!

Is an interesting enough formula one film, especially when I did not have any prior knowledge to the subject matter. Something that is essential in the storytelling to inform the viewer of the events which occurred. With impressive performances from both Christian Bale and Matt Damon which really carries the film at times, considering I enjoy watching both actors to see them in a film together was an added bonus really.  In terms of actually winning Best Picture I would probably place this as the bottom choice out of the nine nominees. Even though it wasn’t the film that I disliked.

A film from Martin Scorsese is always one to look forward to especially the cast he put together for this one, Robert De Niro and Al Pacino back on screen together for what is only the third time. Throw in brining Joe Pesci out of acting retirement and a very small role for Harvey Keitel. I mean it is probably a film that we could have had 30 years ago. But getting it in 2019 was still very impressive, obviously talked about with the lack of cinema release and being available on Netflix has clouded some people seeing the film when then complaining about the running time. It is a top quality film with amazing performances and should be enjoyed for many years to come.

This was my favourite film from 2019, I just loved absolutely everything about it. The satire around Nazi’s and then the heartbreaking scenes that you weren’t prepared for, using the innocence of children to hammer home how war effects everyone. Plenty of humour if you aren’t too serious to laugh at Hitler, I feel Mel Brooks will be proud someone still has the tendency to make a film like this he was doing it for years. That is the genius of Taika Waititi who really pushes the boundaries in what is a truly beautiful and lovely film.

For whatever reason this was utterly adored and talked about in the most positive of manners when it was released. A comic book origin villain story that actually went to another level and took on the still taboo subject of mental health. With an utterly outstanding and sensational performance by Joaquin Phoenix, feeling so very real that it then hit the borderline of being scary. A Batman film that does not actually focus on Batman. While the plot does very much mirror “King of Comedy” nothing should be taken away from this groundbreaking time of comic book film.

In all honesty I didn’t rush to see this film considering it has had so many remakes and revamps, but when I did I was truly blown away by the level of performances. I mean just look at the super talented cast that truly deserve all of this critical acclaim. While it does not really compete on the big stage of potential winners of Best Picture it still more than deserves to be a nominee. Lead superbly by Saoirse Ronan and supported by Florence Pugh, Timothee Chamalet, Laura Dern and Meryl Streep.

An intimate look into a couple who were very madly in love and still so obviously care about each other yet can no longer stay married. At times it feels like you are not supposed to be watching it all unfold, like its a hidden camera and you are snooping around the couple. Destroying one another with hurtful words even when they don’t fully mean it, seeing the impact a divorce has on a child especially when moving to a different city happens. It is massively reliant on Adam Driver and Scarlett Johansson who are both breathtaking and go through so many different emotions. 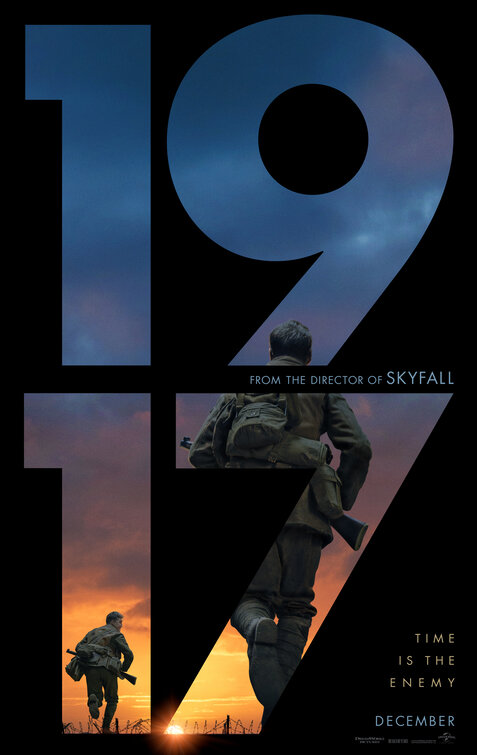 Marketed as a film in just one shot and being in “real” time it is a triumph to experience. Seeing it unfold on the big screen was breathtaking from start to finish. I actually didn’t feel like I could breathe properly at all when watching this film, I feel that is one of the best compliments that I can throw at it in all honesty. Outstanding comes to mind and I would be very happy for this to win Best Picture as everything about it is brilliant. A slightly different way to take on a war films with two soldiers being the primary focus. George MacKay deserves so much credit for his performance as well, something I feel is not talked about enough.

Once Upon a Time in Hollywood (Review)

This is the film that I did not enjoy or like at all, I found it all to be extremely dull and boring from start to finish. The fact that I was anticipating it so much on its release certainly did not help with this one. Cannot really understand any of the hype around it and nowhere near Quentin Tarantino’s best work (in my opinion of course). Such a shame really considering Leonardo DiCaprio and Brad Pitt are two actors that I really love watching. Margot Robbie was not given a very good role in it all either. Taking on a very tough subject matter which I felt was not needed and did not work.

An absolute triumph and more than deserving of the critical acclaim surrounding it. Before eventually getting to see it on the big screen I will admit that I was a little bit nervous. Nervous incase it was a let down and that I did not enjoy the film. That was far from it, I throughly enjoyed it and found myself utterly shocked at some of the twists and turns it took along the way.

What I want to win: Jojo Rabbit
What I think will win: 1917
Outside Chance: Parasite (and becoming the first foreign language film to win best picture