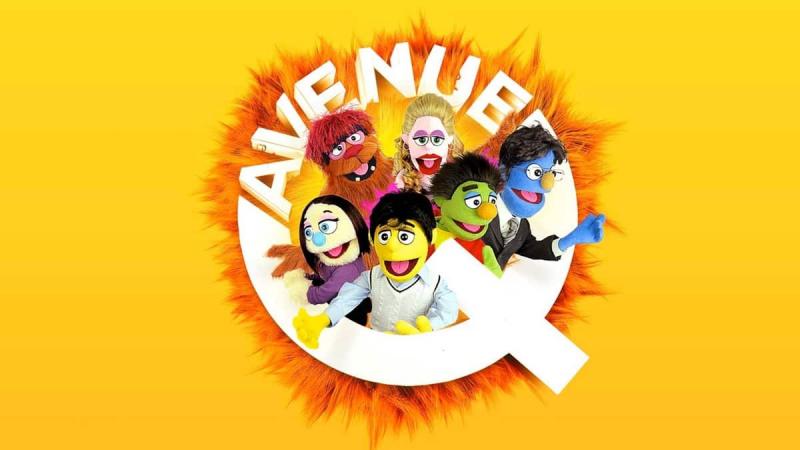 Avenue Q is often regarded as a small show/musical which always shocks me considering it is a Tony Award winning musical. Back in 2004 it won Best Musical, Book and score, surely that should be a very good thing and highlighting just how unique and special the show was and still is all these years later. This was the third time I have seen the show, I first saw it in 2008 when it was on the West End and then on the UK Tour in 2012. It doesn’t actually feel that long ago since last seeing it, I truly regard it as one of my all time favourites. 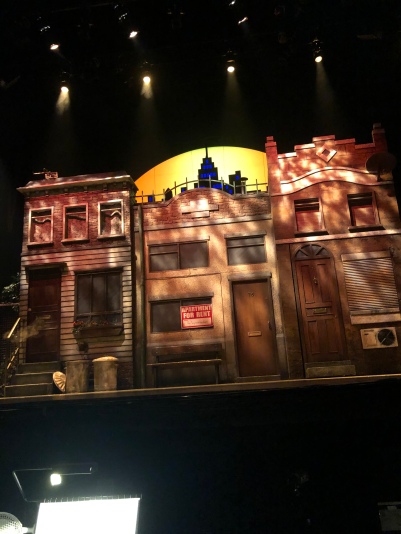 The brilliance around the show is that some characters are just normal people, the others being puppets. Yet the actors who are operating the puppets put in the performance as well as moving the puppet around. It breaks that third wall which we are used to seeing with puppets, they don’t try and hide talking or anything like that and fully go for it with the singing and acting. You find yourself watching both the puppet and the actor. 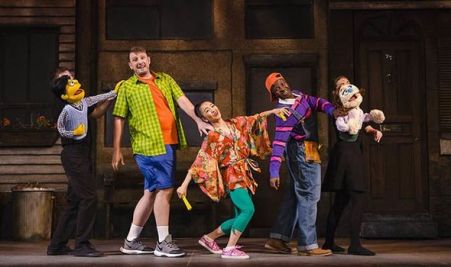 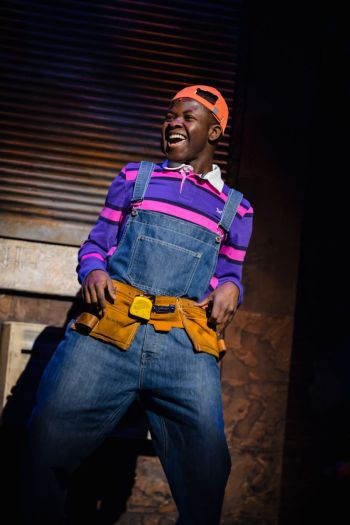 We arrive on Avenue Q with Princeton who is fresh out of college and wondering what he can do with his BA in English. It Sucks To Be everyone on Avenue Q as we are broken straight into the show with “It Sucks To Be Me” that is certainly something that everyone can relate to, as let’s be serious who doesn’t feel like it sucks to be them? I certainly feel that way the majority of the time. The placement of singing out and involving the audience during different songs really does work out very well indeed.

The show is hilarious at times, whether that be lyrics in the musical numbers, the way the puppets are being moved around or how at times it is pure filthy when it comes to sex. I actually forgot about the whole puppet sex scene and found that funnier than ever! Princeton is trying to find his purpose in life, again something we can all relate to wondering what the actual point of your life is at times. Plus when purpose is mentioned quite a lot it actually made me realise that the show is a hell of a lot deeper than people will think before going to see it. When you have puppets, sex and humour as the biggest factors you don’t then expect the deep and meaningful themes that are actually at its core.

Each and every member of the cast were truly breathtaking and outstanding, it is a very quick show in terms of turnaround from song to songs and they don’t half cover every single part of the stage. The energy and charisma from them all was brilliant and it has really confirmed that I still adore this show and will do everything possible to try and get people to go and see it. Be open minded and take a trip to Avenue Q, it will never ever let you down!

Check out the Avenue Q UK website for more information and the current tour which is until October 2019.