Positive discrimination – the practice or policy of favouring individuals belonging to groups known to have been discriminated against previously. 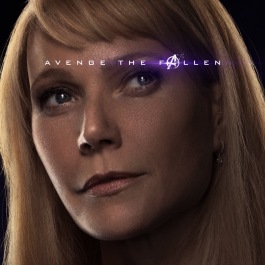 I am quite happy that this could be seen as controversial but in all honesty I am growing tired of how everything has been developing over the past few years. We cannot change the past and influence how people were treated, that mainly being women’s roles. But remember life was different years ago and women were seen as being second to men. I’ve always been in a male dominated world with football, so just come to accept certain things. We are now getting films that are supposed to be historical but then changed to make the female roles bigger and that annoys me in terms of story. Men have got a lot of hate through the MeToo movement and this has transferred into film as well.

Recently I have seen complaints about Endgame and Game of Thrones with the female characters not having a significant role. I beg to differ and feel they have been given truly outstanding moments and allowed to push the strong female character, which is something I have always wanted in all honesty. Don’t forget about that scene with all of the female characters together in Endgame! Gwyneth Paltrow eventually being given more to do as Pepper Potts and Scarlett Johansson being outstanding (again) as Black Widow.

Then thinking about Cannes with Tarantino being questioned about his own film which he wrote, why should it have to have a massive female role? I just don’t get why everything now suddenly needs to be equal, unless it comes to bashing men and choices they are making? Surely we would actually love to see amazing female roles that are written well, not just added into films or tv shows or theatre just for the sake of it?

I feel that some of this has taken away some great work that has been done in the Superhero films, with Wonder Woman and more recently Captain Marvel. Yes, it might have taken a rather long time to get them but more than worth the wait with how good they were. Then Game of Thrones having so many amazing female characters that are often stronger than the male characters, so I really was shocked to see people complaining about that, season eight might have some issues but the endings for the female characters were truly amazing and well deserved.

So what I have decided to do is launch a new weekly feature where I am going to highlight the many truly Wonderful Women we have had since film began! As it has not just started in the past few years with amazing female characters.

I am going to attempt to go through the different decades and then start again and go through them in the search for truly outstanding and amazing female characters. I hope that I can really explore and prove that the current trend didn’t need to happen and force some bad films with some badly written characters. That makes me think of X-Men:  Dark Phoenix and Men in Black: International which both fell short of expectation.

Has society gone a little bit crazy though in trying to force female roles when we have had some amazing ones and will continue to do so, Meryl Streep certainly has never struggled to get a great character to play! I just hope that the quality will improve again with some being so forced.

13 thoughts on “Has positive discrimination in film gone too far?”