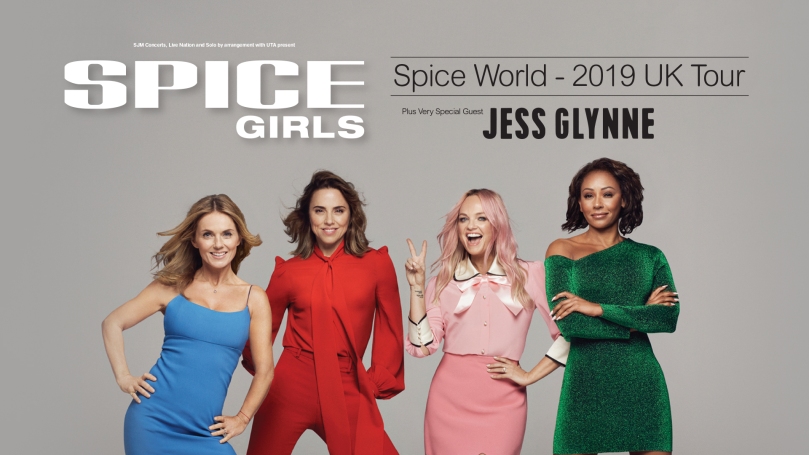 Let’s go back in time for a second to June 1996, I was eight years old and turning nine a month later. Wannabe was released. That would change everything I guess now forever. The Spice Girls had entered the scene and transformed the 90s and gave me some outstanding female role models. Something I personally don’t think has been done again since, the only thing is though that I never got to see them live back in the day. So roll forward to 2019 and almost 23 years to the date of Wannabe being released I eventually got to live out my dream of seeing this truly outstanding group of women live, minus Victoria of course. But that is something that in the end doesn’t really matter to be totally honest.

In the days leading up to the concert I was actually very excited and therefore happy to report that it did not disappoint at all. That 8/9 year old still somewhere inside me was able to have a night out singing and dancing along to her favourite girl band of all time. As a matter of fact the only girl band I have ever liked, but these I totally love. It has actually made me think not only how lucky we were to grow up with Spice Girls but how utterly ecstatic I am that we did. They meant something and were trying to make a difference with “Girl Power” being the slogan and sending out great messages to young girls, myself included. I was always a tomboy growing up and I had Sporty Spice, so I knew it was ok to be sporty and still be a girl! I guess that is something that is actually still being dealt with in 2019. 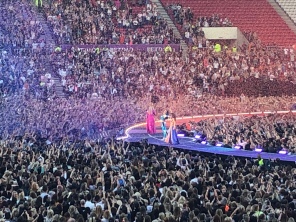 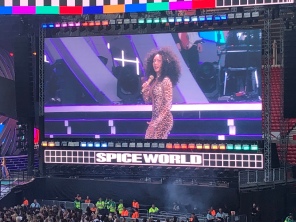 If you take a look at the set list you can quickly see that this is Spice World 2019 and we get a walk down memory lane. Not only with the songs and remembering all of the lyrics, as well as the dance moves. Which the crowd were certainly doing in unison, this made it one of the best nights of my life. I actually really do mean that as well, not just saying it for effective. Are they the best singers in the world? No, have they ever tried to be? Certainly not. It is about more than the singing and the dancing, it is about being part of something tougher.

Not forgetting how they managed to update the famous costumes throughout the show and each Spice Girl having a group of dancers for different songs. During the costume changes which were done using the different parts of the stage where they got disappear for a few minutes was music on tapes, often leaving the dancers to perform. It all flowed so smoothly and made it even more enjoyable. Obviously they keep ‘Wannabe’ for the closing number and that is done it the best possible way. 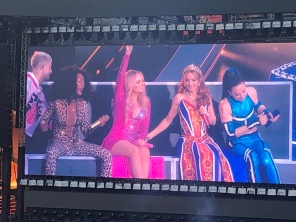 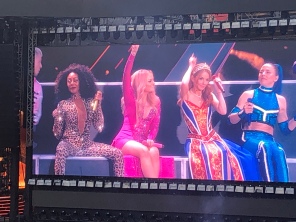 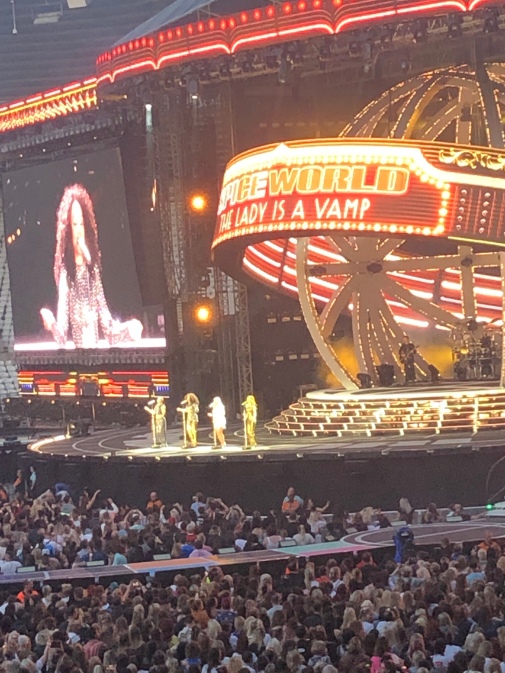 I don’t care what anyone says this is a hell of a show and the now Fab Four certainly look like they are enjoying themselves just as much as the crowd and the adoring fans. Who can blame them, it has always been about having fun as well. That is what every single person inside the Stadium of Light had as well! It’s funny really as even though I was listening to different songs in the build up to the concert when you hear the songs again even ones you only slightly remembered the words just come back to you.

Another thing I adored about this concert was seeing my Facebook feed filled with pretty much everyone I went to school/college/university with also posting about it. Spice Girls are everything to my generation and I love that that can now spread to the next generation!

My lifelong dream of seeing them live has now been fulfilled and it was great to have an evening of feeling genuinely happy. Between the songs were got some banter and little stories from each of the Spice’s as that really adds just that little bit extra to the show. I personally love the way they still bounce off each other and engage so well with the crowd, guess that is why they are the biggest selling girl band of all time!