As if we don’t already have enough excitement going on in the film world at the moment the first trailer for Joaquin Phoenix dropped as the Joker yesterday following the poster a few days before. 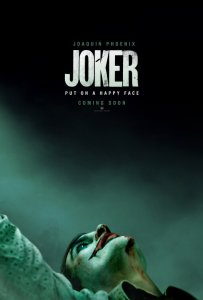 I personally think this looks like it could be a very interesting take on the character and looks to be somewhere in between Jack Nicholson in Batman and Heath Ledger in The Dark Knight. Let’s just all forget that Jared Leto in Suicide Squad happened.

Put on a happy face – that seems to be the new slogan!

What are your thoughts on this one?