Season four certainly continues in the same fashion as the previous three and at times becomes even more epic in terms of some of the scenes. Not forgetting more epic deaths, remember no-one is ever safe in Westeros.

Dealing with the aftermath of the The Red Wedding and the death of the King of the North, this leaves the remaining kings still battling for the Iron Throne claiming that they have right to it. The Night’s Watch are going to be tested as well as they must get ready for a battle with the free folk beyond the wall.

King Joffrey marries Margaery Tyrell and we get a very early brutal yet satisfying death, this then takes up a lot of the season as Tyrion is put on trial for the death of his nephew. Even though we all know he did not do it or have anything to do with it, Sansa Stark is quickly taken away from King’s Landing as well. So once again she is moved somewhere else.

Pretty early on in this season I realised it was going to have my worst death and that involves a skull cracking! Seriously I feel that one is the most brutal on the whole of Game of Thrones. I guess that is a huge statement considering how many deaths we get from start to finish, maybe something in season eight will be even worse? But personally for me that one will take some beating. 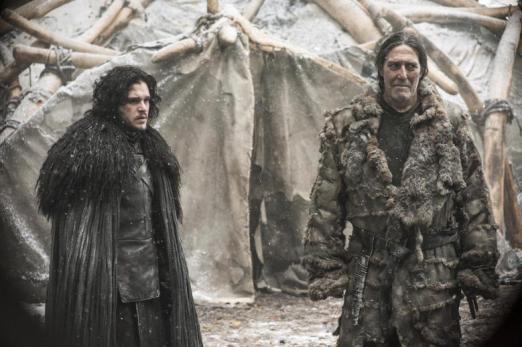 I felt during this season that the Night’s Watch are given some fantastic battle and fight scenes which makes for fantastic viewing in all honesty. They are pushed to the limits and we must really see what they are on the wall for in the first place. Keeping the wildlings out!

Daenerys seems to stall a little bit in development during this season, I just didn’t feel we go enough of her like in the previous three. But that is not a huge worry when you know what is to come. Still recruiting for her army and freeing slaves but not as much screen time for the mother of dragons.

Brienne is given another task and allowed to continue by Jamie Lannister who seems to get more likeable as everything goes on and progresses. Podrick is named as her squire and that is a rather nice pairing. As she must try to find the Stark girls, Arya who is now with the Hound. A very unlikely friendship and another good pairing! We have plenty of these pairings as they travel to different areas across Westeros. Not forgetting the progression of Bran and realising his powers, certainly a very good part of the story.

The adventure side really does progress well during this season and that is certainly a good thing to watch, something that really does impress me from start to finish. Now we know that this is the half way point in the battle for the Iron Throne. Naturally ending with some more death and cliffhangers!