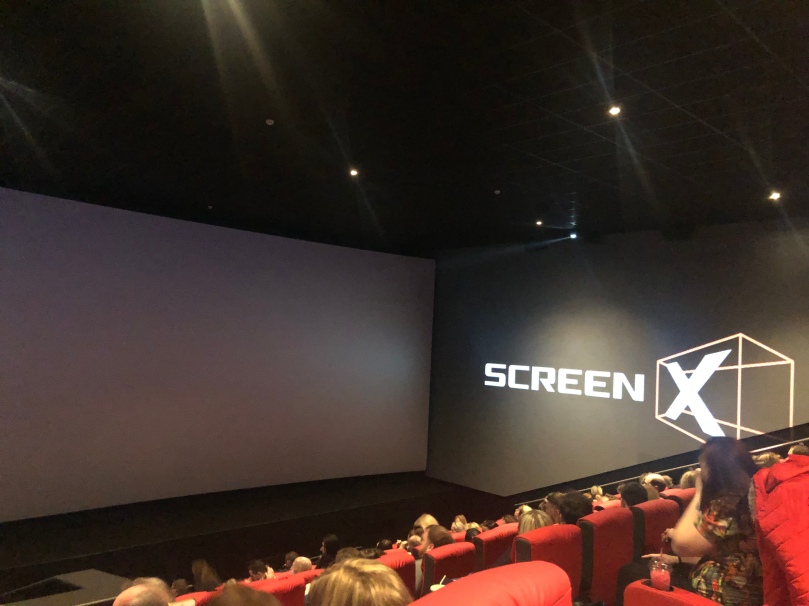 Last night I was honoured to be invited to the official opening of the brand new ScreenX in Cineworld Newcastle. They have done a truly amazing refurbishment of the cinema over the past year and this is the final screen with that. Last year they opened a SuperScreen to go along with the 4DX screen which had been added as well as changing the rest of the cinema across to the trademark Cineworld seats etc. The seats really are fantastic and this is an amazing cinema!

ScreenX was launched in the UK in August 2018 and this is the 9th screen to be opened across the country and the very first and only in the North East. I find that to be fantastic, read more about ScreenX here! It is a truly unique way to watch a film as you get parts of it as a surround picture and it really does look visually stunning.

It isn’t constant though and only certain scenes are protected fully around the screen, I think that makes it more effective and gives you an even greater feel of being part of the film. They had Bohemian Rhapsody as the screening last night and that Wembley scene really did look even more incredible in this format. Captain Marvel will be showing from today and I am sure it will become a very popular way to watch films. I will be keeping an eye on which films will be available, as will depend on the format in which they were filmed.