The Best Actor in a Leading Role Oscar is usually a very interesting and good race during awards season. This year it seems Rami Malek is truly leading the chase, Christian Bale has picked up a couple of awards but Malek is certainly the favourite with plenty of controversy around that with how Bohemian Rhapsody has come across. 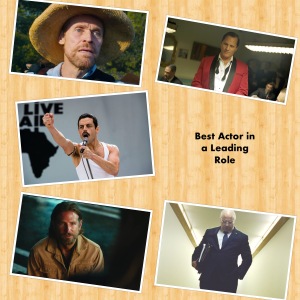 Let’s take one final look at the Best Actor nominees and who I would love to see win . . . 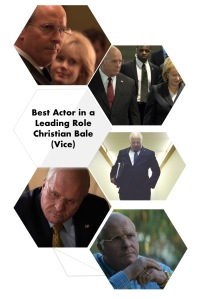 If the Academy want the best transformation for this years winner then I am sure Bale would win, I mean he actually put the weight on for this role. Not using any fat suit or anything it is all him, something he does a lot for roles putting on and losing weight (or muscle). I found him truly engaging and unrecognisable at times which really means you are lost in his performance.

Bradley Cooper, A Star is Born

For his directorial debut Cooper also directed himself, something Clint Eastwood has done on many occasions. Bringing A Star Is Born back for its fourth outing and really putting in an amazing performance. Having watched the film for the second time recently I actually would love to see Cooper win for this role as he puts everything in it and is very impressive it has to be said. He pulls off the addict very well and his singing voice was better than I could have imagined.

Unfortunately this film is still waiting for its UK release date so I cannot comment on Dafoe’s performance but I will hope to catch up with this film when I get the chance. Although part of me is expecting a limited release for this one? 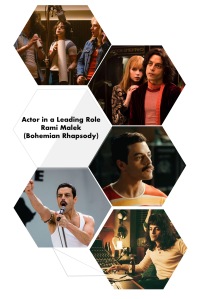 I find everything around Bohemian Rhapsody a little bit crazy, from winning the Golden Globe Best Film and then being nominated for Best Picture, something it does not deserves. Malek is impressive at times as Freddie Mercury as he has changed his look and resembles the former Queen frontman. However, he doesn’t actually sing in the film? So it feels like he is going to win the Oscar for lip syncing which I find a huge worry considering we get a lot of biopic’s and this could drop the standards for future films. I enjoyed his performance I just didn’t feel it was awards worthy. 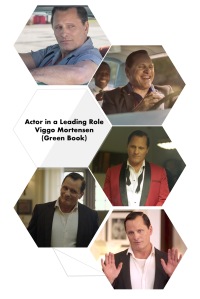 I got to see Green Book as a secret preview screening and thought it was delightful, a lot of that was on the performance from Mortensen. Yes, I may slightly be biased considering I am a big fan of his work but I just feel this performance was totally different to anything he has given us before. I know the film has a lot of haters but how can you hate this performance? I enjoy Viggo’s work and that was no different for this role, I found him very engaging from start to finish.

Who I want to win: Bradley Cooper
Who I think will win: Rami Malek
Outside Chance: Christian Bale