We all have our favourite image of Santa Claus from watching films and feel as though that is our Santa! I have decided to pick my favourite seven from the world of the movies! Obviously having to start with this amazing photo of Buddy the Elf who is very excited about this list!

So many to choose from over the years of film and some of the choices I found very easy and others I have tried to be a little bit different in terms of the films I have enjoyed which may just have a slightly different take on the role we all know and love. 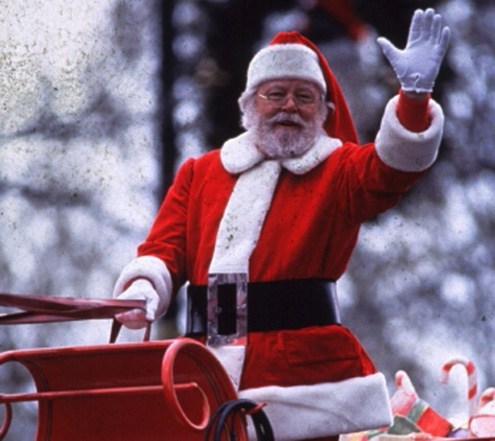 Richard Attenborough in Miracle on 34th Street has always been my ultimate Santa, maybe because that film was released when I was 7 years old and therefore holds a special place. Probably one of the main Christmas films I can remember. Being the same again as Mara Wilson it probably felt oh so magical. Not forgetting that it was also set in New York City! 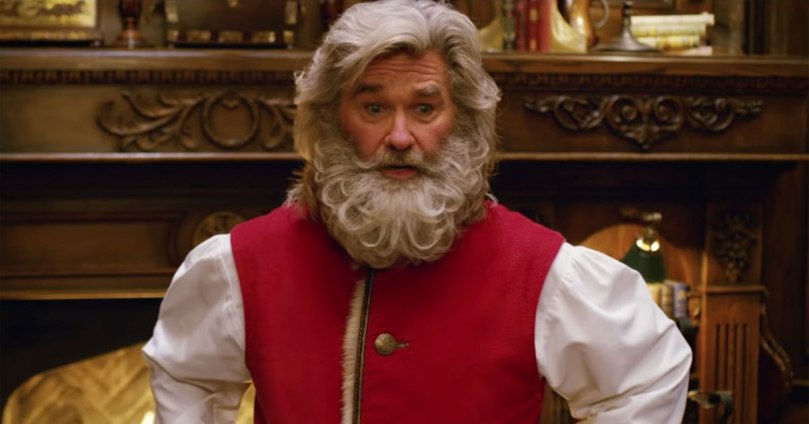 Kurt Russell as probably our most recent film Santa in Netflix’s The Christmas Chronicles and if you haven’t watched it yet you really should as he is a great take on Santa and has a bit of attitude about him as well. It captures the magic of Santa and Christmas in the best possible way I can assure you that.

Tim Allen was probably the most unlikely actor to take on the role of Santa when he started what became The Santa Clause trilogy and let’s face it he really did transform into Santa in such a fantastic way. I still love catching these films when they are on TV in the Christmas build up (yes even the third film).

Ed Asner doesn’t have the biggest role of Santa in the loveable Elf film, but let’s focus on how good he really looks! Then how much Buddy helps him in the end when it really matters. Certainly looks the part and more than worthy to make this list!

Arthur Christmas gives us many generations of Santa Claus and that more than deserves to be on this list. I thought it was fantastic to see Arthur stepping up to his family name when a present is missing and a child will be waking up without a toy come Christmas Day.

Jim Broadbent can take on any role he wants and does a fantastic job with it, I feel as though he managed that with his go at being Santa in the film Get Santa. Probably not a very well-known film, but I thought he was great!

I have decided on a controversial choice for the final pick on this list and the Santa voiced by Alec Baldwin in Rise of the Guardians. A film which I feel is not appreciated enough and gives us a Santa with tattoos and a crazy background! What is not to love about a Santa that is so different?

Who are your favourite film Santa’s?

14 thoughts on “My 7 Favourite Film Santas!”