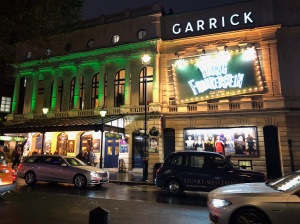 This was my fifth time seeing this truly entertaining, funny and fantastic show. Three times were in Newcastle during the preview and then seeing it in the West End for the first time in October. Then with a few days in London to see some shows I just had to see it again. It would be the last chance I would get to see Ross Noble as Igor before he finishes in February.

Plus the cast change of the Monster with Nic Greenshields now in that role and Gemma Scholes was on for Summer Strallen as Inga. I think its great to see different actors taking on the roles. Greenshields was a brilliant Monster and I really enjoyed seeing him on stage he just seemed absolutely huge! Gemma Scholes as Inga nailed “Roll in the Hay” and her delivery of all of her hilarious lines was totally spot on. 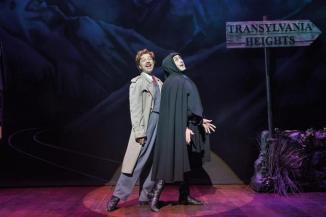 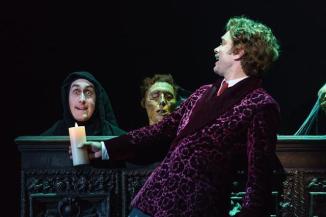 Something pretty incredible about seeing a show quite a lot of times in a short period is noticing small differences and changes in the lines and moments on stage between the characters. I think that just shows so much character development still happens as the actors grow with the roles and that is certainly something we see between Hadley Fraser’s Frederick and Ross Noble’s Igor they look so fantastically comfortable together and each time I have seen the show “Together Again” gets better and better each time. Also I am really looking forward to listening to the Podcast they have put together named Poddin’ on the Ritz!

I cannot write another review about this show without mentioning Lesley Joseph and “He Vas My Boyfriend’ because it’s just seriously hilarious and I actually love hearing the shocked reactions and the laughter from other members of the audience. Moving onto  another fantastic performer in this show in Dianne Pilkington as Elizabeth. I had actually thought about Spamalot when she comes back on and Diva’s Lament, that might be a strange thing but mainly because she is off stage for far too long! Then It’s Me when she reappears is just great! Not forgetting Deep Love! 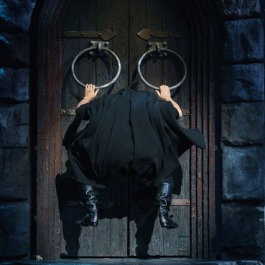 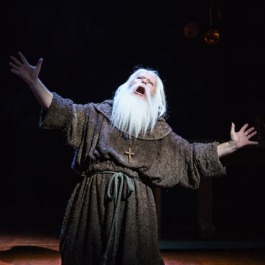 This was my top theatre show in 2017 and I have been reminded just why, because it is fun and makes you feel happy. I seriously cannot think about a show that has made me smile as much as this one does. Brilliant that Mel Brooks has made it such a success, I am really hoping that this tours the UK after the stint in the West End finishes as I really think more people deserve the chance to see it. The film has such a cult following and love I am sure taking the show across the UK would really work out well.

Also while I am then asking for things a cast recording please!

Hopefully this won’t be the last time that I manage to see this fantastic show that really does bring me a lot of joy.