Obviously I had to head down to London to catch this truly incredible show after its short stay in Newcastle as a warm up (Newcastle Review) to say I am obsessed with it and the film come to think of it is a slight understatement. I honestly love everything about this show, the cast, the musical numbers and the humour. It just shows that musical comedy really can work in such an incredible way, the more I have seen the show the more I fall in love with it all.

I guess it was pretty interesting and exciting to see if many things about the production had changed, a joke was taken out of the opening scene which I thought was hilarious and worked ever so well in Newcastle but it didn’t have the same reaction in London. So they took it out, which I think is great in terms of responding to the audiences in different areas. 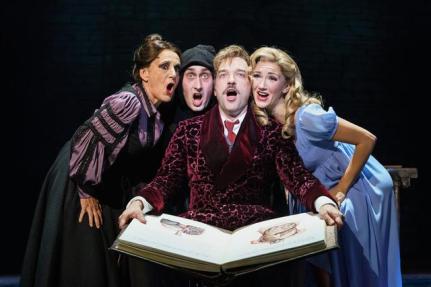 The story is about Fredrick Frankenstein who is trying everything possible to get away from his Grandfathers name and reputation of crazy experiments when he must leave his job and fiancé Elizabeth for a few days to settle his affairs after he died. Obviously that is not going to go as planned, especially when Igor and Frau Blucher manage to get him into the laboratory. Along with Inga everything is going to go spectacularly wrong but in brilliant and hilarious ways as he creates a monster. But when the wrong brain is put in, it belonged to Abby something? Which causes chaos in the village as inspector Kemp attempts to stop everything, but will the Monster show he is not fully evil before it is too late?

Within all of the madness with classic moments from the film used on stage and that makes it even more hilarious in all honesty due to seeing it happen physically in front of your eyes. Mixed with some incredibly clever and brilliant songs, the first three ‘The Brain’, ‘Please Don’t Touch Me’ and ‘Together Again’ coming thick and fast followed by ‘Roll in the Hay’ all which leave you with your sides hurting from laughing. Then onto my personal favourite ‘He Vas My Boyfriend’ which is just out of this world! The fast pace and perfection of each song is carried throughout the show and everyone is very happy with ‘Puttin’ On The Ritz’ in the second act though ‘Deep Love’ is my favourite song.

Hadley Fraser and Ross Noble as Frederick and Igor are an incredible double act and capture so many fantastic moments from start to finish. They never stop at all from the first moment they are on stage to the end of the show, honestly it is just incredible seeing the energy they give off to the audience. I am totally in ore of both actors, really putting it in each and every time and I hope to be able to see them again in the future! 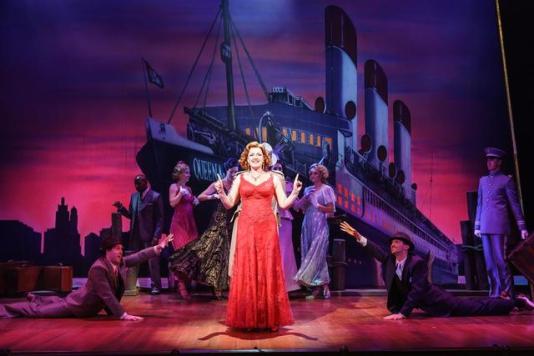 Dianne Pilkington is such a fabulous scene stealer and has the biggest time between being on stage as she has such a huge gap in-between ‘Please Don’t Touch Me’ and ‘Surprise’ such an incredibly talented performer who has a truly incredible voice! Mixing that with incredible acting and comedic timing, such an inspiring performance. 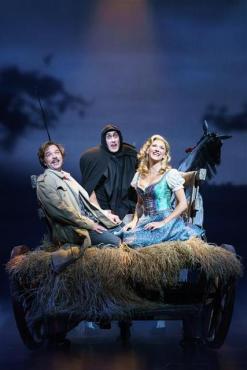 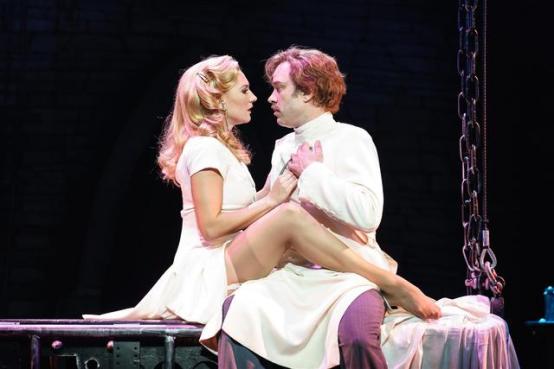 Summer Strallen is Inga must have the most difficult role due to the accent, which is used for so many hilarious moments. She gets her big number ‘Roll in the Hay’ early on in the show and it really is just fantastic, probably getting some of the biggest laughs during a musical number. Her dancing is very impressive as well!

Lesley Joseph is one of my all time favourites, her Frau Blucher is a mix of well everything really, getting a hilarious song and dance routine to go along with it. This involves a chair and starting it off my ripping open her blouse (yes really). Putting on a good accent, which again generates many jokes and laughter.

Patrick Clancy doubles his role as Inspector Kemp and the poor blind Hermit. Both of which are fantastic to watch, who doesn’t love the Blind Man scene with the Monster? Comedy genius add in a bonus of a song ‘Someone’ which pretty much sums up how he is feeling. Fantastic to be two totally different characters, I will admit that I had no idea the first time I saw the show!

Shuler Hensley is just perfect as the Monster and runs about the stage ever so well in those huge boots. Excelling during ‘Puttin’ on the Ritz’ everyone is rooting for that Monster not to be harmed. Then when he can speak stealing the scene with that incredible British accent.

I honestly love everything about this show, its good to laugh and feel so happy watching a musical on stage. This one certainly does that from start to finish, I will be hoping to catch it again at some point, currently booking until September 2018. I mean come on it’s from Mel Brooks and Susan Stroman! I really hope it gets the amount of credit it truly deserves as it is just amazing! (CAST RECORDING PLEASE).

For more information and to book tickets check out the – Young Frankenstein Official Website.

Need more reasons to consider seeing this show here’s 7 of them!