Gunpowder is an in-depth look at the events which occurred in the build up to Guy Fawkes and his group blowing up the House of Lords and to kill King James I who has caused absolute chaos within England.

Robert Catesby turns out to be our main character and we follow him on a quest of vengeance and wanting Catholics to be able to live safely and without fear again in England. Everything has taken many turns for the worse and a key event in Robert’s life really kick starts a rebellion as he travels to Spain and then comes into contact with Guy Fawkes and the plan to use Gunpowder to blow up the King.

I actually found this series very interesting in terms of the main thing we think about with Guy Fawkes is Bon Fire Night and the 5th November, using Fireworks to mark the occasion. But what do we really know about the plan and in all honesty I had no idea about the religious background to the whole story, which really put everything in motion to end up to that point.

The series is in three episodes which are all just less than one hour, so we have almost three hours of entertainment. The BBC have a pretty good reputation for this type of historical drama and they certainly do very well with Gunpowder. Not holding back with the difficult situations that were happening in the episodes, pretty gory at times and that is something it rightly does not shy away from. I was actually rather amused to see that it had caused uproar after its premiere on the BBC.

Episode 1
This really sets everything up as we get to know Robert and the reason he is searching for an option to help change the fortunes of Catholics in England. I will warn you that the death scene is very graphic and sadistic, but necessary in that brutal way. For a couple of reasons the first being that type of thing happened back in the 1600s and that brutal death made it all even worse for Robert to have to deal with. This episode therefore builds characters and starts off the story and well quest.

Episode 2
I saw this one as more of a bridge between build up and conclusion therefore it was the toughest one to get through in terms of action. The action was more talking and debating what could possibly be done about their treatment. Plenty of gunpowder right? Also containing a trip to Spain, which I was pretty surprised with and the continuity of how quick they seemed to get there and back? I know that’s probably a very small complaint but still something that I got thinking about.

Episode 3
I guess this one is a little bit strange really as we obviously know that the plan to blow everything up doesn’t work, but the tension is still very impressive and you hope that they will somehow manage to pull it all off. We are then given more torture and death which is not on par with episode 1 but one small moment made me wince (something that does not happen often). You will be left frustrated with the treatment, but come on we all knew the ending anyway!

Performances
Kit Harrington really did impress me in the leading role as it went on as to begin with he was pretty flat but then picked up in a role which was key to getting the plotters together for the gunpowder plot. Mark Gatiss was extremely creepy and well brilliant at the same time, he really did steal each scene he was in! Liv Tyler put in a strong performance, considering I had no idea she was even in it before I started watching. The only real female character as well, not many women were involved in this story by the seams of it. I must mention Edward Holcroft who was very impressive in the supporting role and I think he could have done with more screen time in all honesty. 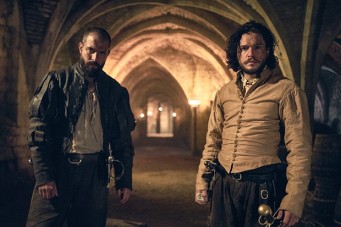 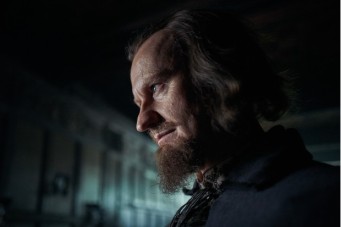 Overall, it is a very engaging story and I think they had the perfect amount of episodes so that it didn’t drag out too much but managed to have appropriate character and story development from start to finish. I thought the interesting little story with King James I was the nods to his preference in men, something which I had read about recently. So I actually liked that inclusion as it doesn’t push it too far, just the small comments which I found to be very clever. I will also warn you though that it is pretty tough going, as let’s face it nothing about the whole story is light. Everything about it is very heavy, that is something you need to be prepared about.

Well done, to the BBC for allowing all episodes to be downloaded on iPlayer after the TV premiere of the first episode, such an inspiring idea!