Following the Oscar 2017 nominations being announced yesterday and La La Land being nominated for an impressive 14, I felt like I had to gush (even more) about the film. Have I mentioned that I totally loved it? Maybe you missed my review, read it here.

City of stars
Are you shining just for me?
City of stars
There’s so much that I can’t see
Who knows?
I felt it from the first embrace I shared with you
That now our dreams
They’ve finally come true

To bring back a musical film in such a throwback to an Old Hollywood musical was a very brave move, mixing it with Jazz and different styles even more so. With some feel good moments but some heart sinking ones as well really does make it such a well balanced and incredible film.

I have constantly been listening to the soundtrack since my first viewing, I have so far seen it twice and hopefully catching it again over the weekend. The worst thing is I cannot at times manage to actually explain what I love about it. As I wouldn’t really say it is totally perfect, actually who am I kidding it is perfect! At the moment, I still have three Best Picture Nominated films to watch (tickets booked I must add) and none of them come close to what La La Land has made me feel. It is by no surprise that it is the pretty clear favourite.

I have more recently seen people saying that they didn’t like or get the film. I guess that is what happens when it has so much press coverage and critical acclaim with the Awards it has already won and the nominations it has received, this certainly does build up expectations. Many people will head to see it who wouldn’t have normally, sometimes it can really help a film out. But I fear that for La La Land it will actually create a rather negative backlash. My gushing over the film probably doesn’t really help it either, but come on a musical, with romance, dreams and a little heartbreak really is my perfect film. I don’t think I could have created a better one myself.

Looking at the IMDb rating 8.7 and Rotten Tomatoes score 93% fresh really show how well it has been received not only by the critics on RT but by the audiences on IMDb. I have seen mixed views in the film blogging world which is great to see in all honesty, as wouldn’t it be very boring if we all liked the same things all of the time.

Which is your favourite (so far) in the Oscar race and I mean the film you would just love to see win? As I am very pleased that my number 1 pick for 2016 films that I saw at the cinema has also been nominated that being Hell or High Water, I really was blown away by that film. A very long shot to win Best Picture, I guess Jeff Bridges is the more likely to win in his Supporting Role.

I guess the biggest question is are you a La La Land lover or hater? 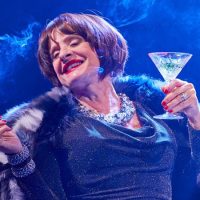