I thought I would put together a new list this year for what I saw in 2016 (here) with the standout male performances of the year, this is going to combine the whole leading and supporting roles. Just what I have been really impressed with! 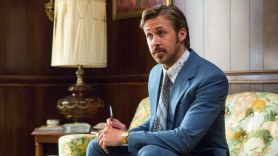 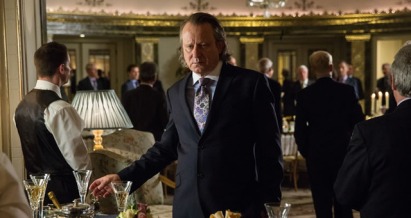 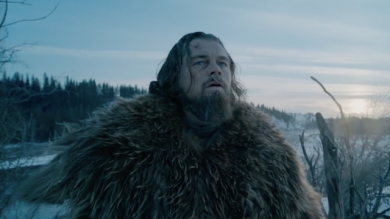 While I don’t agree that it was Oscar worthy with all of the carry on that surrounded it last year I do think it is well worth a mention and I think we see some of the best acting from Smith compared to his recent films. I found him engaging as the Doctor really trying to make a difference. 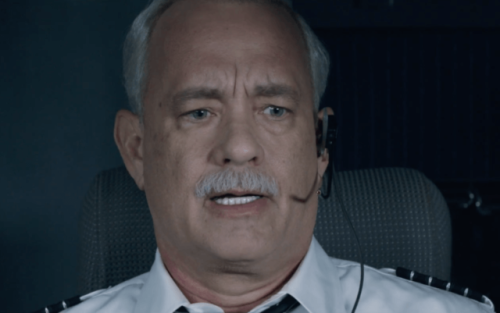 I couldn’t have a list of performances from a year in film and not have Hanks in it. He is brilliant as Sully and surely the only actor who could have taken on the difficult task of bringing the man to the big screen. 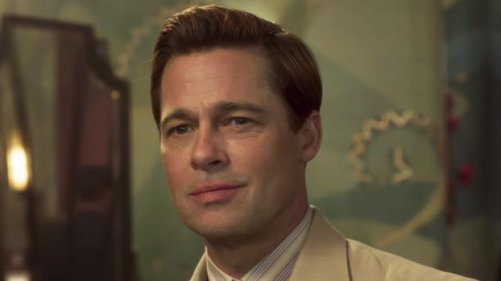 I thought Pitt was brilliant when finding out his wife could possibly be a spy the level of performance was great and I don’t feel he got any credit for this film at all. It appeared and went at the cinema without much fuss surrounding it. The build up to I guess was another story for many different reasons. 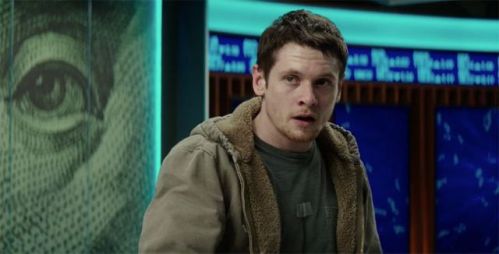 A rather underrated film in my opinion and I was torn between who was the standout performer between O’Connell and Clooney. I went for O’Connell as his character was difficult in terms of many people would be able to relate to him and taking a chance with everything he had.

You probably won’t find a more heartfelt and well rather cute performance than that from Egerton who really did so well at bringing Eddie the Eagle to life on the big screen. Still an iconic British figure due to his achievement of even making it to the Winter Olympics.

In a truly impressive film Renner works very well alongside Amy Adams and this brings out some fantastic performances in such a thought-provoking film. 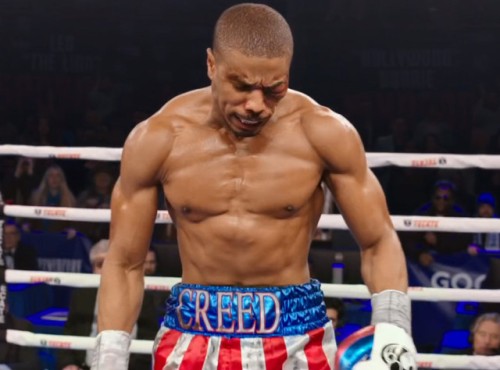 Probably hasn’t been given enough credit as crazy as that may sound for taking on the leading role in Creed. He was brilliant from start to finish and we were certainly all rooting for him. Managed to find the balance of the determination and soft side which we all loved about Rocky.

I found this film to be a little bit strange but one thing for sure is that Gyllenhaal was incredible leading it. A man tormented after the death of his wife when he didn’t really pay attention to her to begin with, trying to deal with that and everything else going on in his now shattered life. 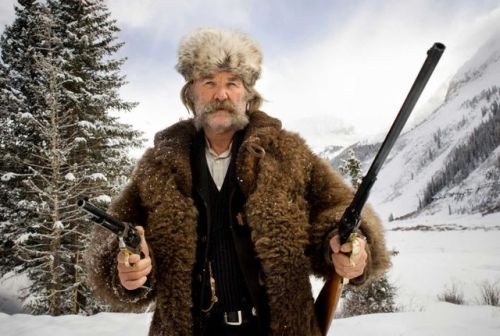 I guess we can say Russell was pretty much leading the film and he was so engaging and powerful to the core of it all. I was very impressed with him and I don’t think that I have actually seen him in very many films.

It may just be a character where we can see traces of Walter White. Cranston was outstanding and his charisma in this very engaging story was certainly the best part of his character as an undercover agent, so deep undercover it was actually hard to decide if he was working or had been turned by the world he was living in.

Oyelowo seems to get a speech in all of his films now and this one was no different, when he talks to his people it really did make me fill up watching the passion he used to deliver. He really owns the screen and it was tough to decide whether to include this performance for that in Queen of Katwe. He really is an outstanding actor.

I don’t care if you think this is slightly cheating with her performance coming through a CGI character, just look at that photo above you can see his smile! Plus who else could do that voice so well and convincing with the extremely tricky Dahl dialogue. He really does make you just love the giant.

13. Woody Harrelson – The Edge of Seventeen 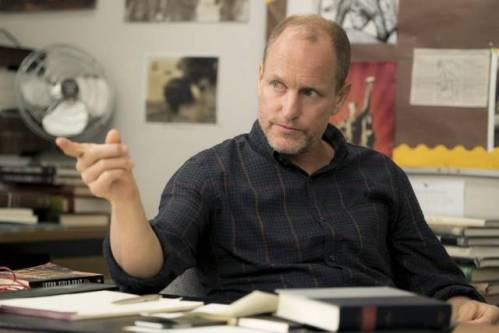 A rather small role but extremely effective and a great character, certainly a teacher you would loved to have had when you were at school. He doesn’t butter things up and tells you exactly like it is, straight to the point sometimes that is exactly what you need right?

How can you not find this one impressive, I really do think it is the best we have seen from Jackson in a long time. Maybe Tarantino just brings out the best in him? While the character does take a pretty awful turn towards the end the find does have hateful in the title. Amazing charisma, yet again from the very talented actor.

11. Stellan Skarsgård – Our Kind of Traitor

The film is certainly one of the hidden gems of the year in my opinion with a truly engaging and incredible performance from Skarsgård. He plays the tortured character who just wants help so well, whilst also showing the other part of his personality with great charisma.

Did we really get a creepier performance this year? Goodman blew me away with this one, a character who at first seemed just like a nice man who had a plan incase anything bad happened in the world. In the next scene he was a total psycho and you had no idea what he was going to do next. Not to mention being able to work out exactly what his deal was in the end.

I am pretty sure I have arrived very late to the Bridges party in the past few years, everything I see him in I am totally blown away with. This was no different and he was such a scene stealer in a fantastically made film. 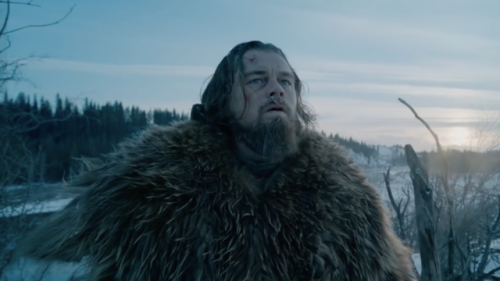 The most talked about performance of the year? You know the one that eventually won Leo his Oscar! It is an amazing performance and he put himself through hell during the filming and deserved an Oscar. I am going to be controversial though and say that I don’t even think it his greatest performance.

Biggest surprise package of the year for me had to be this film as I really wasn’t expecting to like it all. Crowe was brilliant and worked so well with Gosling which is why I have put them both as 6 and 7. I couldn’t really decide who should be first. Crowe managed to play the straight guy so well.

Following on from that we get Gosling screaming like a girl, which was hilarious in all honesty. He was more of the joker to Crowe’s straight guy attitude. Can Gosling do anything bad anymore? I certainly hope not this just shows how brilliant things have been going for him recently. 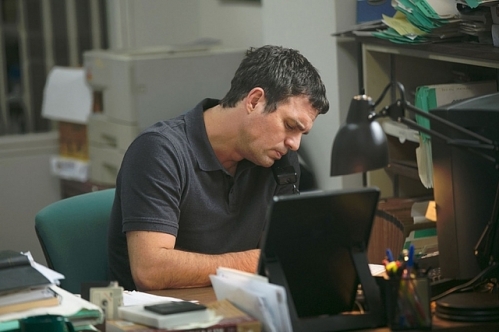 I remember all of they hype around Ruffalo for Foxcatcher, I thought this was a better performance. He was amazing as the reporter on a total mission to find out the truth. I think the main thing noticeable about how he prepared for this one, the way he walked, the way he spoke and moved around made you really believe he had become the character.

I felt this film went a little bit unnoticed here in the UK, with such an important message but even more so a truly transforming role for Gordon-Levitt. It’s strange when you know it is a certain actor but they don’t quite look like they usually do, certainly a positive about his engaging performance, must also mention his voice as well. Outstanding performance.

For such a young actor to be able to take on a role like this was rather incredible, what Tremblay did was even more impressive. To be able to act like that as child who had been born and raised in just one room and then realised into the outside world. His facial expressions and growth as a character is really something else.

This might be a truly sentimental choice but I don’t even care, I love the character of Rocky and Stallone really broke my heart over and over again in this one. Not even the leading character he stole every single scene and I will admit that I cried about four times during the film! He really did deserve that Oscar nomination.

This was such an easy choice to take the top spot in all honesty as Johns put in a truly heartwarming and heartbreaking performance. All of that rolled into one character that is Daniel Blake. Such northern Geordie charm and the small comments and little jokes despite his life falling apart around him when no-one is willing to help. His kindness and generosity for a young family builds him up even more and it really is something else!

Who gave your best performance of the films you saw during 2016?