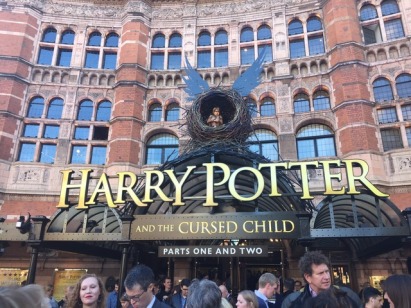 Unbelievable. Outstanding. Incredible. Three ways I was feeling at the end of part one, which is a massive 2 hours and 45 minutes (with 20 minute interval) but does not feel anywhere near that long as it whizzes by if by magic. Oh yes I went there, now come on that has to be everyone’s thoughts on Harry Potter being on stage, is it going to be magical. Now of course I cannot reveal exact moments #KeepTheSecrets but I can say that it is as every bit magical as the books and films.

You can hear the audience gasping at different moments and you will yourself sit with your mouth wide open in ore of what you have just witnessed it really is special. I have never seen anything like this on stage before. It has something else, something extra, I mean come on it is Harry Potter after all. Would we expect it to have something else.

I had bought the script on release date and started to read it, however knowing I was coming to see the play four months into it opening I decided to stop reading. I am so pleased I did, as some parts have really left me shocked, some moments have made me smile and other moments are just well cute and funny. I think I would have been missing some of those had I read it all. So I would recommend if you have tickets already not to actually read it. 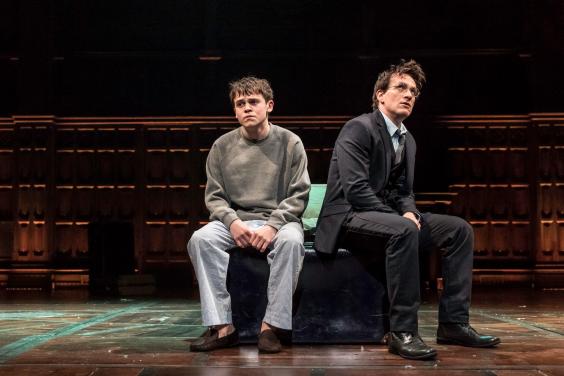 The main story is Albus Severus Potter and his journey in life and his relationship with father Harry. Both of whom struggle to understand each other and how to actually get along and co-exist. Obviously we just know that Draco Malfoy will be involved as well.

It really was great to see our main three back again, in a different type of story. They have all grown up as well, I think that is certainly something that will really appeal to people over the play. People have grown up with the characters in the books and films, but know they are also adults so interesting to see what type of wizards and witches they have become. That is probably how the magic is still going on!

I also appreciated in the programme telling you to skip the cast page if you wanted some of the characters to remain a secret. That is why I have only listed a select few above, the ones who were announced and in all of the promotional material in the build up to the play opening a few months ago.

I really cannot wait to head back to the theatre now to take in part two and how it is going to unfold. Yes I do have the same seat as I had for part one!

The magic is well and truly still alive and has not quite been seen on stage in this manner before.

3 thoughts on “Harry Potter and the Cursed Child: Part One (West End) Review”