With so many superhero films bombarding us over the past few years I have decided to put together a top 5 list of my favourites! 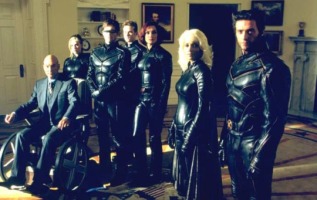 I recently revisited the original X-Men films I really do think this one is still the best they have come up with, a little bit of everything and a fantastic second chapter with plenty of moments to keep you going.

This was our first huge taste of having loads of superheroes together and it really did work with such great effect! I still enjoy this one now and still find it a shame that Age of Ultron just didn’t live up to how much I love this.

Robert Downey Jr really is just perfect as Tony Stark come Iron Man and while the first film was great and really kick started the Marvel Universe it is the third film that I really hold in the highest regard. Incredible character development with a decent storyline to go along with, I really feel it took “comic book films” to a different level.

I might have even surprised myself with the inclusion of this film but when deciding on the list I thought that this one creeped me out so much as a kid that it is well deserving of a place in my top 5! Danny DeVito as Penguin really is all kinds of creepy still now (when he bites the man ahh), thank you Tim Burton for creating such a dark Gotham! We have an incredible Catwoman and Keaton really was a great Batman.

This will not come as any surprise whatsoever if you know me and follow this blog I am sure you knew this was going to be in my number 1 spot. It isn’t only my favourite superhero films but one of my all time favourite films. Ledger is something else as the Joker along with Eckhart as Dent and Christian Bale as Batman/Bruce Wayne also throw in Michael Caine and Morgan Freeman and we have a truly fantastic film!