The main problem for this category in my opinion is that two of the nominees (Mara and Vikander) weren’t actually in a supporting role and were actually leading roles. I am pretty sure a lot of people will agree on that especially if you have seen the performances.

She gets beaten up, cover in well pretty much anything and everything and manages to pull off a pretty impressive performance as the only female in the film. I enjoyed this film a lot more than expected and pleased it got recognised for at least one performance.

As I mentioned earlier I think it’s wrong Mara is in as supporting considering she has as much screen time as Blanchett in Carol. But this has to be so they weren’t up against each other? As Mara puts in a very impressive performance as the young woman trying to deal with her feelings and understand the different turns her life has taken.

A standout performance from a very well casted film, I think its great to see McAdams in this type of film. It really allows her to show that she really is a good actress and I am certainly pleased she has picked up the nomination for her work on Spotlight.
Alicia Vikander – The Danish Girl

Again it annoys me that this is supporting considering she has just as much screen time as Redmayne. Especially when the film is truly awful and boring from start to finish. Vikander was the only thing I thought deserved any credit from The Danish Girl but I certainly will not be happy if she picks up an Oscar for her efforts wasn’t even her best performance of 2015!
Kate Winslet – Steve Jobs 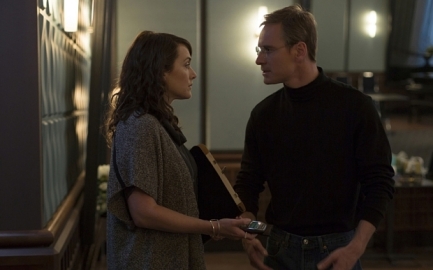 If I didn’t already respect and like Winslet before watching this film, she gained even more from her performance up against Fassbender, in a fast paced dialogue driven film. Really holding her own and stealing scene after scene. A perfect supporting performance in my opinion and I am really rooting for Kate to pick up another Oscar!

Who I want to win: Kate Winslet

Who I think will win: Alicia Vikander (will annoy me a lot if it happens)

Who do you think will win?