Danny Boyle took on the task of doing the Opening Ceremony for the 2012 Olympic Games in London. A film theme was seen throughout as it celebrated the best of British. Everything from well-known and loved actors, songs, films and athletes were all involved from start to finish.

The ceremony focused on how England has changed and developed over the years, with countryside to start with and then what happened as the industrial revolution hit and brought all the way up to the present day and how social media has now taken over everyday life. It really was just breathtaking and incredible to watch. The appearance from Kenneth Branagh near the start and his small speech from Shakespeare’s ‘The Tempest’ was just fantastic, he looked so proud to be there and involved so happy which made it even better to watch.

We were never really sure what was going to happen next and which direction the show was going to head in. We had a brilliant performance from Rowan Atkinson as his very famous character Mr Bean with a Chariots of Fire piece. It really was so funny. Helping to show the sense of humour side to Britain which was talked about as being very important from the off. The vision from Boyle was truly amazing to come up with all of the different things. Mary Poppins defeating Lord Voldemort and J.K Rowling reading an extract from Peter Pan.

My favorite part came when Daniel Craig as James Bond was shown with the Queen and her greeting of “Good Evening Mr Bond” was just incredible. As he then escorted her to the opening in such incredible style, making it look like she jumped out of the helicopter to get there. Showing that The Queen really does have a sense of humour and willing to get involved in an amazing show.

After the unbelievable spectacle that we saw unfold the athletes were to come in and that took so long, tweets at that point were rather amusing and spot on that it was like a Geography lesson  when countries we had never heard of kept appearing. I didn’t think I knew that few countries as we started a guessing game at each letter and I don’t think we ever got them all right!

Waiting the arrival of Team GB and as it got closer you could hear the crowd getting more excited as that meant we would eventually find out who was going to light the flame and what it was going to look like! But after Team GB lead by Chris Hoy arrived we did not have long to wait. With David Beckham passing the flame onto Sir Steve Redgrave but that wasn’t it. He carried the flame into the stadium but along with other brilliant Olympians they passed torches and flames onto some promising young athletes which kept in with the theme of inspiring a generation which I found to be an incredible touch to it all. The flame was amazing as well as it all lit up and then formed a huge flame as it all lifted together another breathtaking moment which became even more breathtaking as the incredible fireworks began!

This brought a cue for the ending and what better way that a British anthem . . . Hey Jude was to be sung, which would and should have been incredible but Sir Paul McCartney really seems to be struggling now. If only they had kept the Artic Monkeys around to help him sing it. It really was a brilliant idea for the ending though, as we waited and waited for Hey Jude at the Queen’s Jubilee concert.

Overall though it was a truly incredible opening ceremony, so moving from start to finish and such an amazing way to start the 2012 Olympic Games.  Really proud to be British! 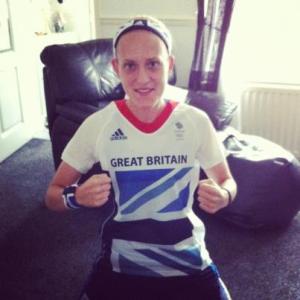